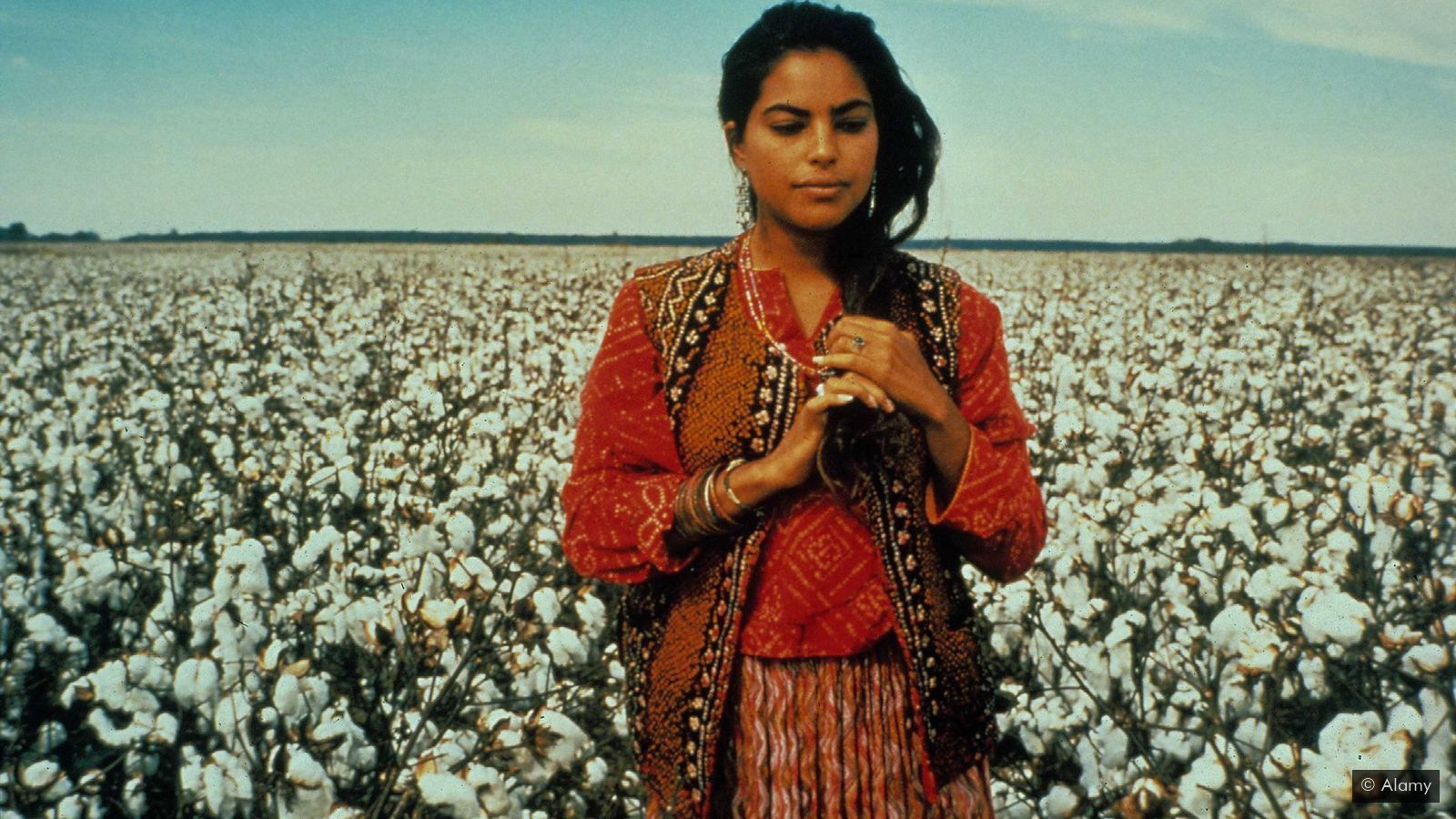 In our latest essay in which a critic reflects on culture that brings them joy, David Jesudason explains how cinema has been a consolation for the racism he has endured in rural areas.

“People stick to their own kind. You are forced to accept that when you grow older.” So says the disillusioned father Jay to his daughter Mina in one of my favourite films, Mississippi Masala – and it is a line that has haunted me ever since I first watched Mira Nair’s 1991 drama about a Ugandan-Indian family who have emigrated to rural America.

In the film, Jay (Roshan Seth) has had his identity stripped from him after being kicked out of his home country by the dictator Idi Amin and being told that ‘Africa is for Africans. Black Africans’. He instead finds himself forced to relocate to the deep south of the US, where he attempts to carve a life out for himself in a new rural environment – though once again feels out of place because of his brown skin. 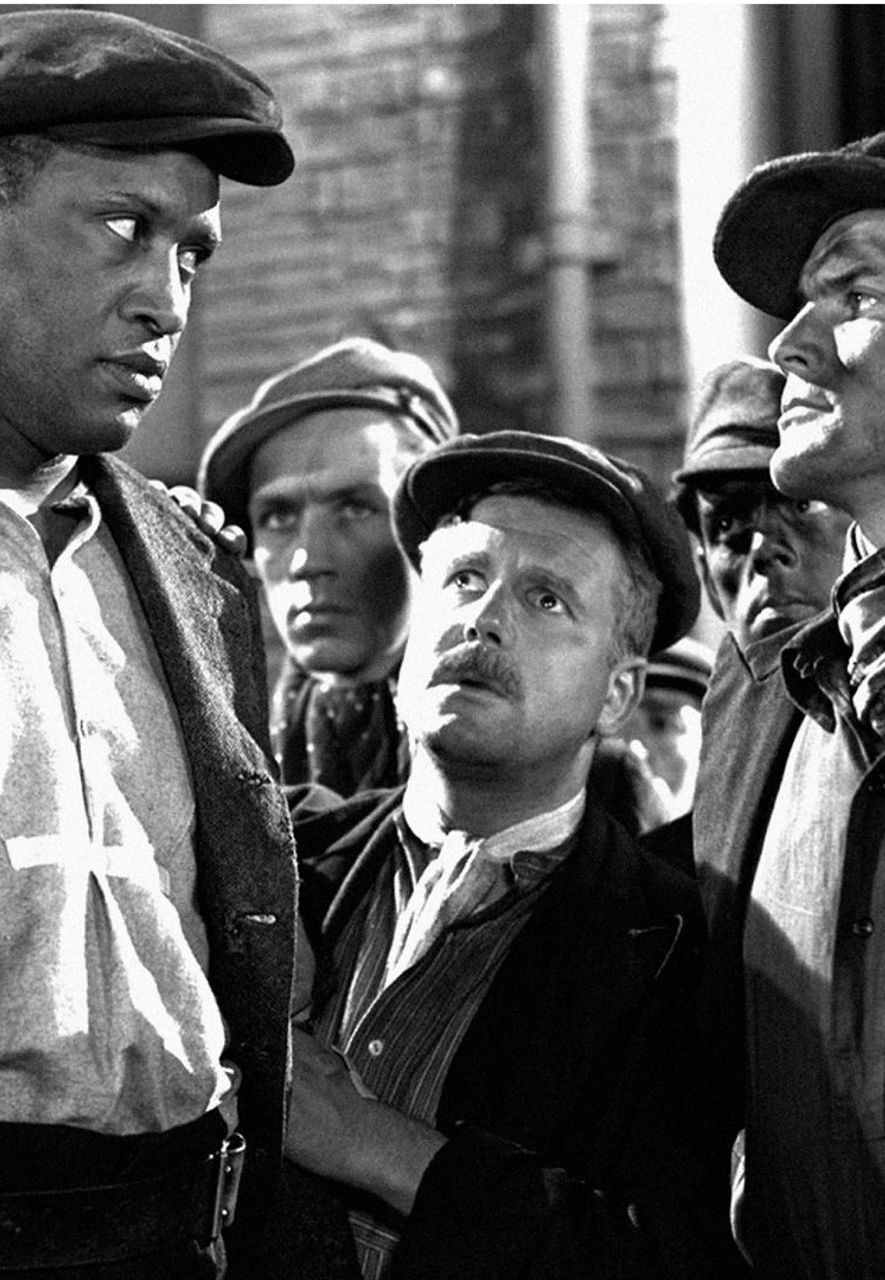 Even though in the film, Jay’s words speak of his own racial intolerance, towards his daughter’s African-American boyfriend,  I have always empathised with his sense of alienation from his surroundings. That’s because I, too, have spent many years struggling to fit into rural areas where I have stood out because of my ethnicity, in my case, as the son of a father of Indian origin and a Malaysian mother.

I grew up in a small, semi-rural market town in Bedfordshire in the UK, where I was the only non-white pupil at the school I attended, and where racism was something that was normalised. My parents did not listen or sympathise with my situation, and the trauma had to be internalised so that I could survive at school on a day-to-day basis. I left home when I was 16, moving first to Leeds and then to London, craving the multicultural diversity of the city, and the acceptance of who I was.

Since then, I’ve wanted for years to feel at ease in the countryside – to live there even – but instead incident after incident has made me wary of even visiting. One experience in southern England a few years ago especially haunts me. It happened in an isolated coastal spot located between the Kent towns Whitstable and Margate, amid the remains of a castle that has been eroded to the point that all is left is an imposing frontage that is pockmarked by sand martins using the slab of cold rock as a nesting place. There I was, day dreaming about how privileged I was to be only a short train ride from such natural beauty, when I was approached by a fellow visitor who told me to “go back to Thailand”. I was so shocked that I couldn’t actually fully believe that this was said to me until a few hours after the incident.

Therefore, like many people of colour, I expect, I wasn’t surprised by a recent episode of the BBC series Countryfile that explored why non-whites find rural areas unwelcoming. There was an online backlash to the story, with many suggesting that countryside racism was rare; that reaction, too, was no great revelation to me as I’ve struggled for years to explain to white contemporaries why I’m left heartbroken by the bigotry I encounter when I leave urban areas. Simply enjoying nature is a fraught activity for people of colour, not least in the US, where recent incidents range from a black birdwatcher being harassed in Central Park to a racist sign being placed on a holiday cabin rented by a family in Texas.

An African-American in Wales

If I’ve never felt able to entirely relax in the countryside, though, I have found some consolation in cinema – in particular, through a select group of cherished movies based in rural locations, and featuring people of colour conquering racial bigotry. Taking refuge in such stories may seem ersatz compared to actually living that reality but they give me hope and empower me to believe that one day I could make my home in a village without fear or anxiety.

One of those works is the 1940 British film The Proud Valley, starring the renowned African-American singer, actor, and civil rights activist Paul Robeson as David Goliath, a US miner searching for employment in rural Wales. A creaky, black-and-white Ealing Studios movie made 80 years ago would seem an odd choice for someone seeking both rural solace and racial empowerment but Robeson’s character is such a force of charisma that his performance transcends the unconvincing sets. 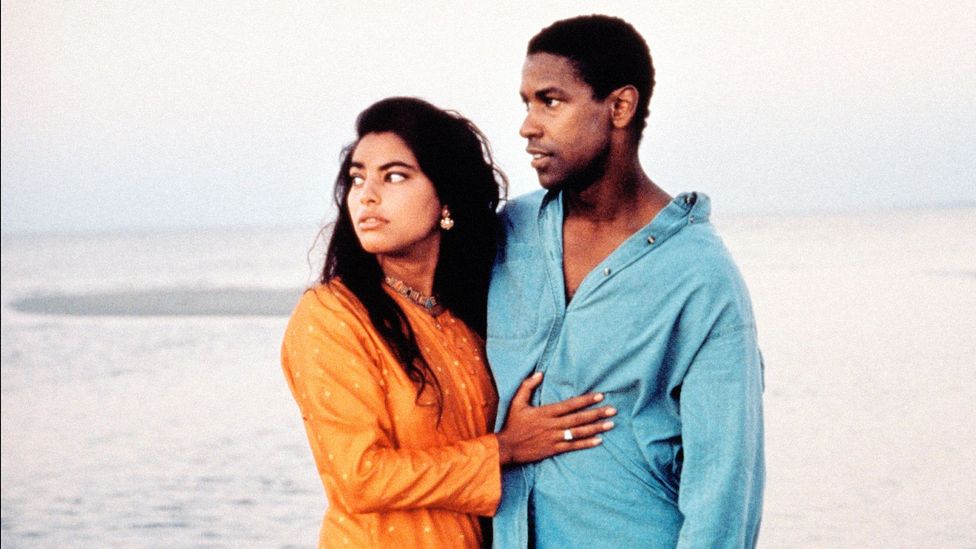 Mississippi Masala centres on a romance between a Ugandan-Indian immigrant (Sarita Choudhury) and an African-American man (Denzel Washington) in the Deep South (Credit: Alamy)

The journey undertaken by Robeson’s Goliath is based on the true story of a miner from West Virginia who travelled to the UK in search for work, and the film is nuanced in its depiction of a working-class British community that is willing to accept a person of colour up to a point, but not without prejudice. In one of the film’s most memorable scenes, when Goliath first shows up at the colliery, he is defended against racist taunts by his friend Dick who says “Aren’t we all black down the pit?”

Eighty years on, the film’s study of racial relations in the countryside feels both depressingly relevant and glaringly problematic. After all, Goliath is a superhero of a man who is able to transcend his cultural disadvantages only by being exceptional, having both the strength to save his fellow workers from mining fires as well as a fantastic singing voice that charms and moves the locals, particularly with one memorable rendition of the African-American spiritual Deep River at a funeral. Even more problematically, he eventually dies in a mining accident where he nobly sacrifices himself for his white co-workers. But these obvious flaws aside, The Proud Valley has a definite power in its depiction of a person of colour contending with the discrimination of a rural white community, while its fanciful conception of him transcending racism is undeniably moving.

However for a more realistic depiction of race issues in rural areas, which also resonates more with my life experience, Mississippi Masala, starring a young Denzel Washington alongside British-Asian actors Seth and Sarita Choudhury, is another film I often return to.

Centrally, it highlights the cultural clash of black and Asian culture through the prism of a mixed-race relationship between Choudhury’s Mina and Washington’s Demetrius in semi-rural Mississippi. Nair based the film in this part of the US as it has a notable Ugandan-Asian community, with many of them running motels, similar to the one Mina’s family lives in. Nair shows how immigrants can adapt successfully to different environments, without flinching from the loss they can also experience – Seth’s patriarch Jay longs to return to Uganda and lives in the past, despite how well his wife and daughter have integrated. 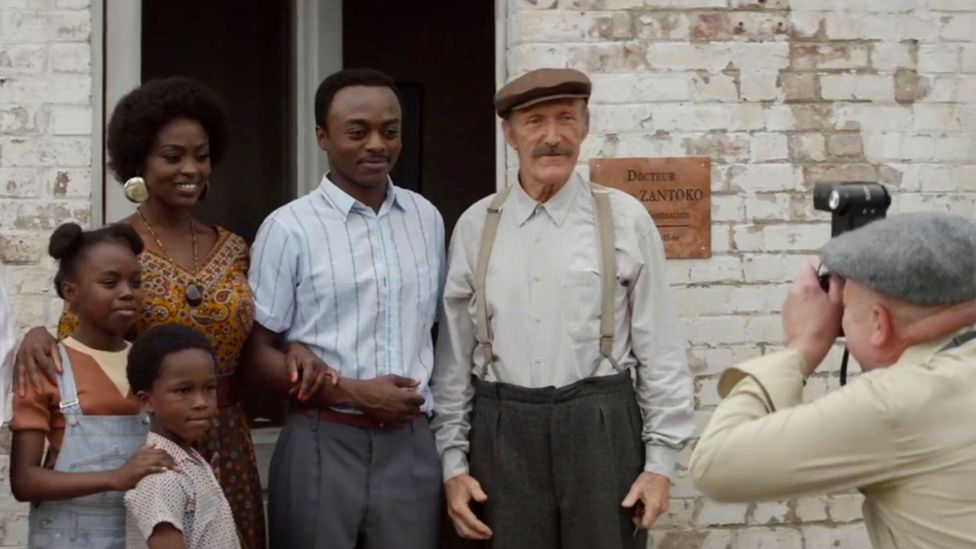 The African Doctor, 2016, stars Marc Zinga as Seyolo Zantoko, a real-life medic of Congolese descent who moved to north-eastern France in the 1970s (Credit: Alamy)

The most striking part of the film is the opening in 1970s Uganda when Jay’s family are kicked out of the country – this depiction of a brutal rural environment contrasts with the proceeding scenes in the Deep South, which show how racial harmony can be achieved in the most unexpected of places. Demetrius and Mina’s romance is uninhibited by their different cultures, and they defy her father’s refusal to accept them as an interracial couple. Jay’s bigotry originates in his embitterment from his experiences in Africa – his character goes from being a Ugandan lawyer living among and supporting the black community, to someone who disapproves of racial integration – and it shows how someone’s personal pain can lead to toxic views.  But Nair also ends Jay’s arc on an optimistic note, as he finally revisits Africa and confronts his prejudices.

Watching Zantoko conquer his environment is a soothing experience for someone like me, who has contended with a provincial life marked by hate

Above and beyond the details of the plot, however, what I find singularly inspiring about Mississippi Masala is that it’s a Western film, set in the countryside, that focuses almost entirely on people of colour and, unlike The Proud Valley, is not concerned with how those characters fit into white culture. It’s refreshing to see a whole film where complex issues of cultural identity and race are explored, yet without ever being viewed through white eyes.

However, a third favourite countryside drama of mine, Bienvenue à Marly-Gomont (The African Doctor), is more akin to The Proud Valley in that it is concerned with the plight of immigrants in a rural white area, and their struggle to fit in and integrate with prejudiced locals.

Like The Proud Valley, the 2016 French film is based on the experiences of a real-life figure: Seyolo Zantoko, the father of the rapper and film’s co-writer Kamini, who moved with his wife and children to the north-eastern French village of Marly-Gomont in the 1970s.  But unlike Robeson’s ultimately tragic story, this, tonally, is a feel-good film, set in a location which is easy on the eye, that shows in a comedic way how a family can adjust to rural France, while initially resistant villagers can also change. Watching Zantoko (Marc Zinga) conquer his environment by slowly gaining the trust of his community is a soothing experience for someone like me who has contended with a provincial life marked by hate.

The African Doctor is a celebration of immigrant life and shows how a foreign family can enrich a community as well as offering its children a better life. Its mixture of drama and comedy to explore cultural differences – Zantoko’s wife Anne initially thinks she is moving to cosmopolitan Paris, and so has a rude awakening – is done with a soft touch; and while it shows that France has deep-rooted issues with racism, it also strives to suggest that prejudice is not unconquerable.

The only way minorities will feel safe in the countryside is for more people to acknowledge the racism that exists there. In the meantime, though, the inner strength that I gain from watching these films, fantasies though they may be, makes me hope that one day I can visit that castle again, and appreciate its beauty, without being haunted about what went on before.

What makes the ultimate film soundtrack?