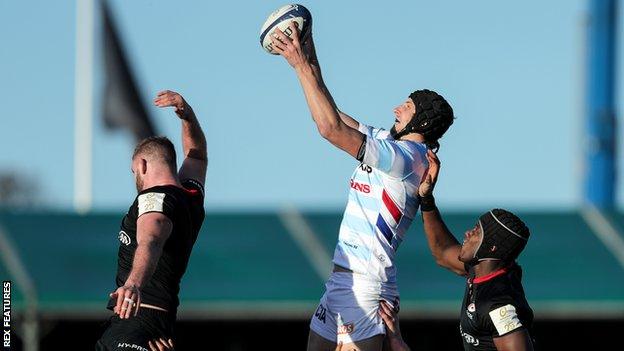 The 2020-21 Heineken Champions Cup season will feature 24 teams and home and away quarter-finals for the first time.

The changes, enforced by the Covid-19 pandemic, are on an exceptional basis for next season’s campaign.

The 24 teams will be split into two pools of 12, with eight teams from the Premiership, Pro14 and Top 14.

There will be four rounds of pool matches, with no teams from the same league playing each other.

The altered format means the top eight, rather than the top six, from the 2019-20 Premiership will qualify for next season’s premier European competition.

“In this time of change, the Heineken Champions Cup, with its global stars of the game, its passionate supporters and its unique match-day atmosphere undoubtedly remains the one to win.”

As revealed by the BBC in August, the reduced number of pool matches – four from six – will be offset to some extent by the home and away quarter-finals, which will be followed by the semi-finals and then the final in Marseille on 22 May.

The four highest-ranked clubs in each pool will qualify for the quarter-finals, with the clubs ranked numbers five to eight in each pool dropping into the knockout stage of the European Challenge Cup.

Edinburgh coach ‘would certainly look at’ Scotland job in future

15 Healthy Foods to Pack When You Travel