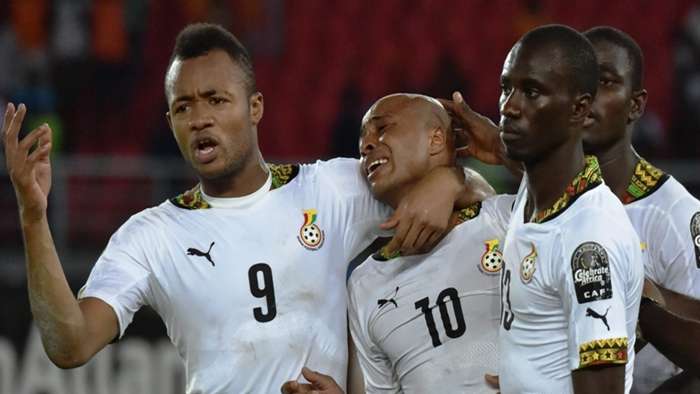 Ghana captain Andre Ayew has dedicated Thursday’s 2-0 triumph over Sudan in the 2022 Africa Cup of Nations qualifying to former head of state Jerry John Rawlings, who passed away in the morning of the match day.

Playing at home in Cape Coast, the Swansea City forward found the back of the net in either half to secure all three points for the Black Stars in the Group C matchweek three fixture.

Rawlings, who ruled Ghana democratically between 1993 and 2001, died aged 73 at the Korle Bu Teaching Hospital in Accra after a short ailment.

“I think we fought hard to get a win in honour of His Excellency J.J Rawlings. We know the history and his contribution to the growth of Ghana so the win is dedicated to him,” Ayew said after the game.

“These are hard times for the family but we wish them well. May God comfort and bless them.

“I think we need to try and defend as a team, stay compact and take our chances as it happened today.”

Thursday’s victory has put Ghana on the brink of securing a ticket for Afcon.

A win in a reverse fixture away to Sudan on Tuesday could confirm the Black Stars’ place at the next continental championship, scheduled to take place in Cameroon.

It will be the West Africans’ 23rd appearance at the tournament.

Ghana began their qualification campaign with a 2-0 home triumph over South Africa last year, thanks to goals from Arsenal midfielder Thomas Partey and Ajax Amsterdam youngster Mohammed Kudus, who both missed Thursday’s matchday three tie due to injury.

Three days later, the Black Stars followed up with a 1-0 away victory over Sao Tome and Principe to consolidate their place at the top of the group standings.

Ghana have set sights on reaching the final tournament to make another attempt at a first title since 1982, having endured a series of disappointments in recent times.

At the last championship in Egypt in 2019, the Black Stars suffered a Round of 16 elimination, failing to make the quarter-final for the first time since 2006.