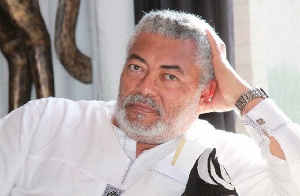 Former National Organizer of the opposition National Democratic Congress (NDC), Mr Yaw Boateng Gyan has pleaded with the rank and file of the party to use the death of the party’s founder, former President Jerry John Rawlings to unite the party for victory.

According to him, it’s time to patch up all their differences in the party and make restitutions for all troubled members.

He said failure to use this moment to unite the party will spell doom for the future of the NDC.

“I will plead with every NDC member that this is the time to resolve every trouble in the party and make amends for unity to prevail . . . because if you are not lucky and the founder or the leader of your party dies without peace and unity in the party, if we don’t take care, it will further disintegrate the party. We should take a clue from what happened to CPP when Kwame Nkrumah died,” he entreated.

Speaking on Okay FM’s ‘Ade Akye Abia’ Morning Show, Mr Yaw Boateng Gyan implored all members of largest opposition National Democratic Congress (NDC) to use the death of former President Rawlings to unite the party and also put to rest whatever bothers anyone.

He again mentioned that the death of former President Jerry John Rawlings should empower all and sundry to support ex-President John Dramani Mahama who doubles as the Presidential Candidate for the NDC in the December 7 polls to win power in order to solidify the party again.

“If we don’t do that and we continue with the internal bickering, we would not like what will happen to the party,” he cautioned.