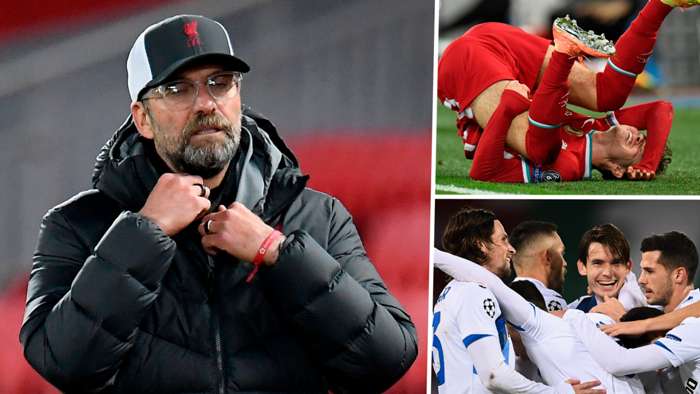 With a defeat in November, Liverpool’s December just got a whole lot trickier.

The Reds’ perfect start to their Champions League campaign is over, ended at the hands of Atalanta at Anfield.

Revenge was sweet for the Italians. Beaten 5-0 in Bergamo three weeks ago, Gian Piero Gasperini’s side got their own back on Merseyside, inflicting a 2-0 defeat which keeps Group D wide open, for now at least.

Victory here would have seen Jurgen Klopp’s men through to the knockout stages with two games to spare. Instead, with Ajax beating Midtjylland in Amsterdam, Liverpool now need a result when the Eredivisie side visit next week to guarantee qualification.

A defeat would leave them vulnerable, needing something from their final group match, as they have in each of the last three campaigns.

It means Klopp, his resources already stretched by injury, will have less room to comfortably rotate his squad during the busiest month of the campaign.

Liverpool play 10 times between November 28 and January 2, and as it stands none of those games will be free hits for the Premier League champions.

Klopp chose to make changes here. Five of them, in fact, from Sunday’s impressive win over Leicester City.

Election 2020: Too many soldiers deployed to Volta region – Chiefs