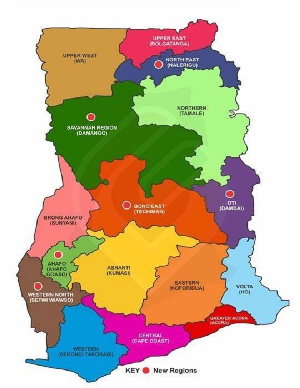 Events of the past three weeks have been very revealing. From the release of the risk of corruption assessment on the Agyapa Royalties deal by the Office of the Special Prosecutor, to the resignation of the first Special Prosecutor, Martin Alamisi Ben Kaiser Amidu and the subsequent exposure, the polity has been shaken by the sheer magnitude of the revelations.

Unarguably, the events are a vivid manifestation of the level at which governance has been sunk. For a country that, not long ago, had just come out of Highly Indebted Poor Countries (HIPC), we are not far from slipping back into the abyss again.

Since the inception of this administration on January 7, 2017, there has never been shortage of allegations of corruption.

This newspaper is appalled at the rate at the wanton dissipation of scarce state resources, which is being fleece by a handful of family members of president Nana Addo Dankwa Akufo-Addo.

What is shocking is the competition among the corrupt acts, where the new ones are always significantly high than the old ones.

As a newspaper, we have decided to speak directly to Ghanaians because of the urgency and consequence of another Akufo-Addo government.

This country will not be the way we know it, should Akufo-Addo continue for another four years.

Only days to the election, the country is witnessing with utter horror and disbelief last minute awards of contract under bizarre circumstances.

The December 7, election is not a contest between the National Democratic Congress (NDC) and the New Patriotic Party, it is an election about the future of this country, the country our forefathers fought for.

This newspaper has taken a stand and it is about the preservation of this country, we call on well-meaning Ghanaians, who are worried about the direction the country is moving to take a stand and vote out the Akufo-Addo government.

Together, we can kick these serpents out of power.

Curbing HIV/AIDS is a shared responsibility

Voters encouraged to exercise their franchise devoid of violence