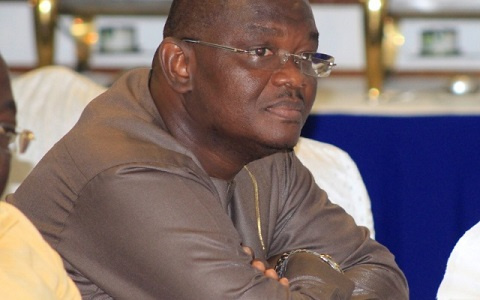 A former Chief Executive Officer of the National Health Insurance Authority (NHIA) Sylvester Mensah has asked the general public who have little or no confidence in the Supreme Court following the election petition against the 2020 election results which is expected to be filed by the National Democratic Congress (NDC), to give the apex court the benefit of the doubt to handle the case well.

Mr Mensah who is a leading member of the NDC noted that no court would want to “injure its reputation in a high public interest case of this nature that touches the democratic pulse of the nation, Ghana.”

“The long awaited NDC petition on the 2020 general election results declaration comedy of errors, spiced with deliberate manipulations and calculated infractions is upon us today.”

“Even though most Ghanaians have little or no confidence in the Apex Court by reason of its composition and some previous election related judgements, we must continue to give the Apex Court the benefit of the doubt, as citizens who believe in the rule of law.”

“No Court would want to injure its reputation in a high public interest case of this nature that touches the democratic pulse of the nation, Ghana! On we go, history behind us and posterity impatient to make an opinion,” he wrote on his Facebook page.

Barring any last minute change in decision the main opposition National Democratic Congress (NDC) will be filing a petition at the Supreme Court today Wednesday December 30, 2020 to challenge the results of the 2020 general elections.

The party has rejected results of the elections since they were declared on Wednesday, December 9 by Chair of the Electoral Commission, Ghana (EC) Jean Mensa.

Protests have been staged nationwide by supporters of the party to express their sentiments.

The National Executive Committee (NEC) of the National Democratic Congress (NDC) has taken a firm decision to head to the Supreme Court to contest results of the December 7 elections.

The decision was taken on Tuesday, December 29.

“The NEC decided that the NDC will contest the results of the rigged elections in the Supreme Court and other appropriate fora,” a statement issued by General Secretary Johnson Asiedu Nketia after a NEC meeting announced.

“In addition, the party will continue all legitimate actions, including protestations, to press home its demands for the government of President Akufo-Addo to enforce the rule of law and protect life and property in Ghana and, in particular, to take all necessary measures to bring to swift justice those responsible for the murders and injuries and destruction of properties before, during and in the aftermath of the general elections.”