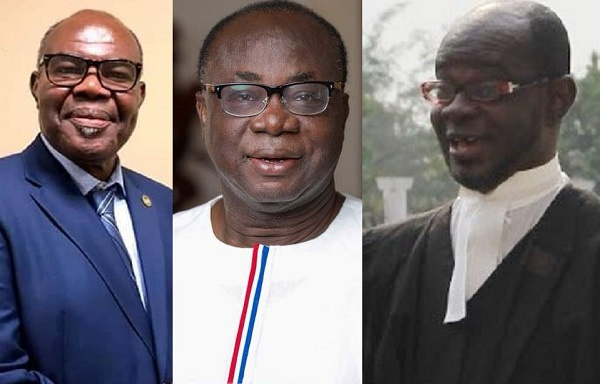 Barring any last-minute changes, the ruling New Patriotic Party (NPP) will once again choose a native of the Greater Accra Region as the speaker of the 8th parliament.

Should that happens, it will be the third time the elephant family would be settling on someone from the region to lead the legislature.

Peter Ala Adjetey who was the First Speaker of Parliament in the first NPP government was a Ga from La whilst Professor Aaron Mike Ocquaye is also a Ga from Osu.

Already, names such as Ghana’s Ambassador to Canada and former Attorney General, Nii Ayikoi Otoo has popped up as a likely candidate as sources within the corridors of power tell MyNewsGh.com that he has the backing of Professor Aaron Mike Ocquaye who is not likely to go for another term because of his age.

Professor Ocquaye is in his mid-70s and his age does not permit him to handle the pressures that come with a hung parliament which will require a relatively younger person to steer affairs.

Mr. Ayikoi Otoo is a native of Nungua in the Krowor constituency who twice contested the seat but lost.

He is said to be well respected in the rank and file of the party and well knowledgeable in law as well.

The name of former First Deputy Speaker and current National Chairman of the NPP, Freddie Blay is also said to be making waves with Political Science Lecturer Professor Ransford Gyampo rooting for him as his favourite for the job

In his recent write-up, Professor Gyampo spoke very highly and positively about the former MP of Ellembelle, chronicling his experience and his fine relationship with the NDC which will make it easier for the opposition party to accept him despite the tussle about who controls parliament after the controversy surrounding the Techiman South election results.

Another name that appears to be shocking many is Frank Davies who is a former President of the Greater Accra Ghana Bar Association.

A board chairman of the Driver Vehicle and Licensing Authority and a Ga, Mr. Davies is said to be loved by many top echelons of the party.

For now, MyNewsGh.com will still be nosing around to find out who the President and Council of Elders settle as the eight Speaker of Parliament, who is expected to be sworn into office when the new parliament reconstitutes on 6th January 2021.