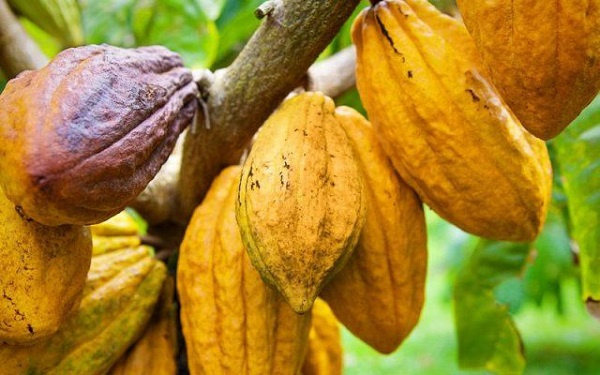 Opanin Kofi Asaam is 74 years and has been farming cocoa all his life. He lives alone at Tenyikwa, a village in the Asikuma-Odoben-Brakwa District of the Central Region. His children are not into cocoa farming now.

Although Opanin Asaam introduced all his children to cocoa farming, none of them is currently into cocoa farming. They also do not live in the same village with their father. They are in town, practicing different vocations.

Even though Opanin Asaam owns several acreages of cocoa farms even at his age, clearing his cocoa farms as well as harvesting them and drying them has now become a herculean task for him. He struggles to do it.

“I hire people to help me harvest my farms or clear the weeds,” he said, adding that “My children are not interested in cocoa farming and I can’t force them to do it.”

For Opanin Asaam, his children are not interested in cocoa farming because the sector is no more attractive to the youth who see white-collar jobs and other forms of occupation as the best option to make a meaningful life.

“In our time, the options were not many so we followed our fathers to farm. But now, there are many opportunities for our children so they are not interested in cocoa farming,” he explained.

He added “Every child in the village also wants to live in the city and do the work you are doing,” looking in the face of this reporter.

For Opanin Asaam, many people tend to see cocoa farming as the work for the poor and uncivilised, hence many youth shunning from it.

“Children of our days want to live luxuries life and such life cannot be found in cocoa farming,” he explained, noting that “No cocoa farmer wants his or her child to be poor like them so the parents themselves will not even encourage their children to go into cocoa farming.”

He thinks that if care was not taken to incentive cocoa farmers, a time will come that Ghana will not have cocoa because there will be nobody in the sector.

“How many young people are farming cocoa now?” Opanin Asaam quizzed, pointing out that even the few young people who are into cocoa farming now, have left the farms in the care of their aged parents in the villages.

Ama Donkor, 49, and Ekua Takyiwa, 56, agree with Egya Asaam’s views. For them, cocoa farming has now become the preserve of the aged because the young ones are not interested in it.

“All the cocoa farmers in this village are old. We are all farming cocoa because we cannot change our work,” Ekua Takyiwa explained why many aged people are still farming cocoa.

“If we were young too, we would have also abandoned cocoa farming; there is nothing in it now,” she added.

For him, although many cocoa trees are old and needed to be replaced with new plants, because the farmers are old and are unable to do a lot of work, such aged trees are still found in many farms.

“Just go to the farms and you will see many farms that have been abandoned. When the owners die, their children don’t continue the farms,” he said.

According to him, some farmers sometimes mortgaged their farms and when the farms are finally returned to them, they plants are not in the good shape to bear fruits and so they leave such farms to go waste.

Amoasi think that government needed to motivate cocoa farmers enough to encourage young people to go into it, saying “If young people find money in cocoa farming like galamsey, they will join it.”

According to him, many young people have abandoned cocoa farming for galamsey.

He also expressed concern about land acquisition challenges as some of the factors that is pushing many young people away from cocoa farming.

“Some of these young people have seen their parents sharing their farms with others and in some cases, the land owners taking the better parts of the farms; why would they follow suit?” Amoasi quizzed.

A stich in time saves nine. As an industry that gives Ghana a lot of foreign exchange, the country needs to take an immediate steps to address the challenges confronting the sector, such as that of the aging farmers and farms.

What has Ghana earned in the field of learning?