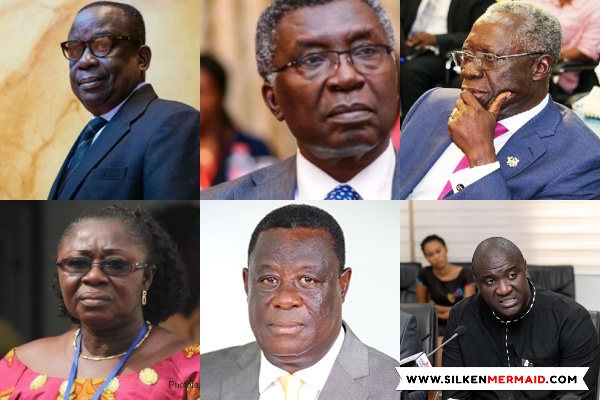 A pressure group affiliated with the governing New Patriotic Party, Patriotic Reform Movement says it has sampled the views of 2,500 party supporters nationwide and have come up with a list of officials who need to be kicked out of government in order to keep the prospect of maintaining power in 2024 alive.

According to the group pushing for major reforms in the NPP, one of the major reasons for the near defeat of the party in the parliamentary elections of the 2020 general elections was as a result of the poor conduct and bad attitude of some government appointees.

The groups say it gathered through its survey the individuals who will cause the party to lose the 2024 elections very badly if they are allowed to serve in any capacity in the next government to be formed by Nana Addo Dankwa Akufo-Addo in his second term.

“Such individuals will cause widespread apathy and will cause members to stay away and in severe cases leave the party. 2500 party members were interviewed across the 16 regions of Ghana and ten particular names were often mentioned,” the group in a statement said.

See below the list of 10 officials NPP supporters do not want back in the 2nd term of Akufo-Addo according to the PRM survey:

For the listed individuals, the group also listed top five issues that accounted for them making the list. They include arrogance towards party members and elders, lack of support for party structures, lack of response to calls and messages.

Also included in the reasons are a lack of access to the offices of the officials and the awarding of contracts and giving of opportunities to members of the opposition National Democratic Congress at the expense of NPP supporters.

We want justice to triumph – Minority to American and British partners