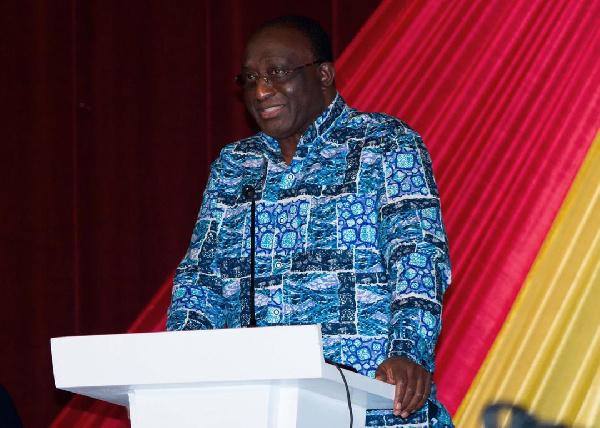 Even before the battle line of the 2024 presidential race of the governing New Patriotic Party (NPP) is drawn, one-time presidential candidate hopeful of the party, Alan John Kojo Kyerematen appears to have been courting the support of Christians in the country.

Mr. Kyerematen and his entourage during the 2020 crossover joined congregants of Calvary Charismatic Centre (CCC) in Kumasi to cross the festive occasion with hundreds of Christians to the year 2021.

The Minister of Trade and Industry, according to MyNewsGh.com reporters received a rousing welcome in from both the leadership of CCC and members of the church after the politician donated an undisclosed amount of money to the head pastor of the church, Rev. Ransford Obeng to support him the spread of the gospel.

The head pastor then revealed that, “this afternoon, the Vice president was also in my office for prayers. I used him as contact point and prayed for the President as the Bible says we should pray for our leaders”.

According to MynewsGh reporters, Alan Kyerematen who is one of the personalities likely to fill presidential slot after the exit of President Nana Addo Dankwa Akufo-Addo, also visited several Churches within the metropolis.

Here are the business fails of 2020