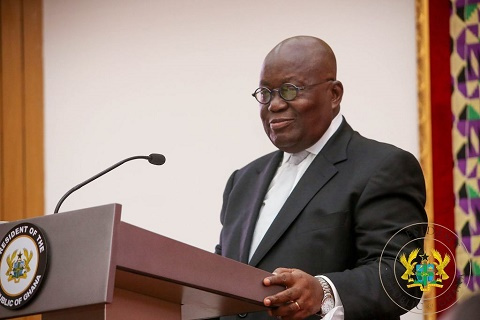 In line with Article 67 of the 1992 of the Fourth Republic of Ghana, President Nana Addo Dankwa Akufo-Addo will today in Parliament deliver his last State of the Nation Address for his first term in office.

Thus, the president will today deliver a review of governments works in the year 2020, as well as give an overall account of his first term in office to parliament today.

In a statement, the Public Affairs Directorate of Parliament has directed that the event set to commence at 10:00 am is strictly by invitation due to COVID-19 and the need to adhere to required protocols.

With the 2020 elections out of the way, the current Parliament is set to be dissolved on January 6, 2021 for the inauguration of the 8th Parliament of the Fourth Republic on January 7.

President Akufo-Addo will also be sworn in as president for another term later that same day having been declared winner of the 2020 presidential polls by the EC.

Today in History: Mahama’s final State of the Nation Address