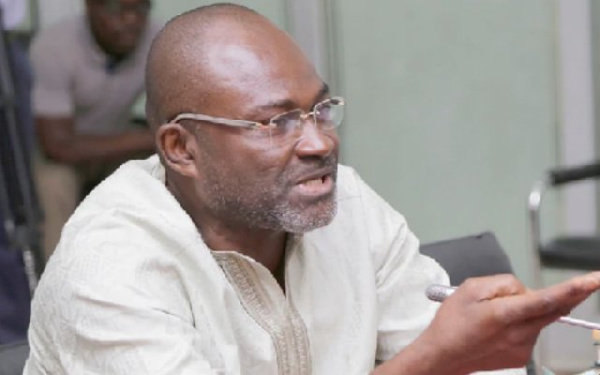 Outspoken Member of Parliament (MP) for Assin Central Kennedy Agyapong has established claims that the late Jerry John Rawlings was on his way to reclaiming his party before his untimely death.

He alleged that the former military leader was in league with the then Special Prosecutor Martin Amidu to take over the party in a grand scheme and make first her first daughter Dr. Zanetor Agyeman-Rawlings the flagbearer for 2024.

“NDC should be very careful with Amidu because he planned with Rawlings to make sure that Mahama loses the election then he Amidu and Zanetor will take over the party,” he said on his television station Net 2 monitored by MyNewsGh.com.

Mr. Agyapong has however promised to bring full details of the expose and the plot after the inauguration of President Nana Addo Dankwa Akufo-Addo but was quick to caution the NDC about dealing with Mr. Amidu who may stage a comeback to the party.

Claims by Mr. Agyapong appear to be in variance with what the former President said some five months ago accusing the Ahwois of predicting the defeat of the NDC in the 2020 election and causing damage to his person.

Rawlings in a tweet also alleged that the Ahwois are scheming to push Mr. John Dramani Mahama and his running mate out of the NDC after they have lost the impending election so they can take over.