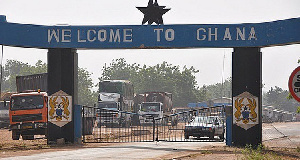 Bawku Central MP Mahama Ayariga has called for government to reopen land borders as a matter of urgency.

According to him, the continued closure was discriminatory.

“I find it very discriminatory that those who can afford to use flights can come into Ghana and those who cannot come in,” he added. He also bemoaned the economic impact of the closure, especially for border towns.

“The same measures that we have at the airports, we can put in place at these borders… because the reality is that people are moving already,” the MP added.

During a COVID-19 address in late August 2020, president Akufo-Addo announced the reopening of air borders after months of closure due to the pandemic. Land and sea borders have since remained closed.

As things stand, all official entering and exiting into the jurisdiction is through the airports. Movements are subject to a valid COVID test and observance of all safety protocols.