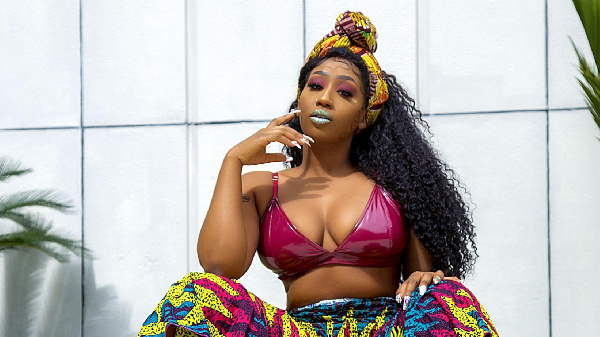 Speaking in an interview with YFM’s Kojo Manuel on the Dryve of Your Lyfe Show, she related how the two met and the qualities that endeared her to Salma Mumin.

“I met Salma at the AFRINMA Awards when it was hosted in Ghana and we just stayed in touch. I am just a fan of what she does. I have seen the things she does on social media. I just love her spirit.

She just comes along as so genuine and also she is a hustler. I love women who hustle and work hard. I mean she has her restaurant, she has the fashion thing going on,she is an actress and a host. And when I got here, she said ‘let me take you out sis’. I really have so much respect for her”, she said.

Salma Mumin is a Ghanaian actress whose contributions to the Ghanaian movie industry have earned her several accolades, including Best International New Actress at the 2014 Papyrus Magazine Screen Actors Awards and Best Actress in a Leading Role at the 2019 Ghana Movie Awards.