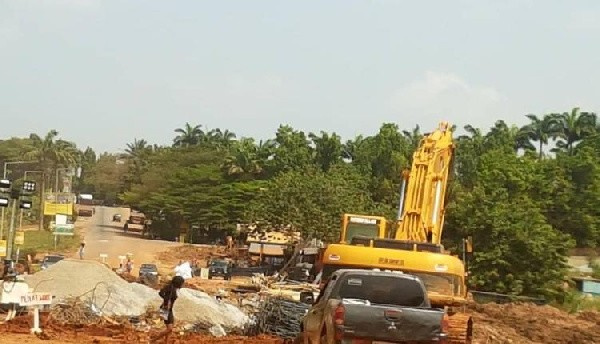 Residents of Daaban in the Atwima Kwanwoma District of Ashanti Region have chastised Kofi Job Construction over what they term as shoddy road work.

The residents say the contractor should have left the road in its initial state since big potholes and dust have emerged on the route since he commenced work.

The contractor, Kofi Job Constructions, started work on the Daaban road last year but have not completed even a quarter of the contract awarded to him.

“His incompetence has left a lot of potholes and dust on the road which is affecting our social life as well as our economic livelihoods,” a resident of Daaban told Soiree News reporter Joseph Marfo.

A driver who shared his ordeal also stated that “at least we go for maintenance 3 times a week due to the bad state of the road. Maintenance fee alone is consuming our sales, we feel sometimes that we shouldn’t work at all. We think the contractor shouldn’t have started work if he knew he wouldn’t finish on time.”

Residents of Daaban have called upon President Nana Addo Dankwa Akufo-Addo to as a matter of urgency call on the contractor to speed up work on the road.

Ministerial list: Here are those who have been dropped, maintained and reshuffled – Report