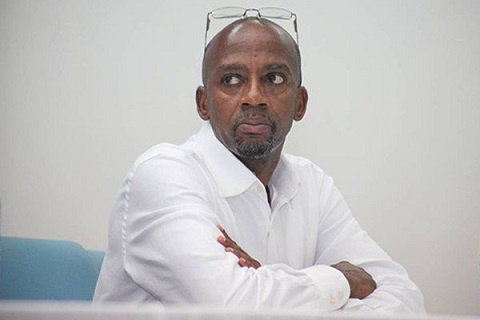 Veteran Highlife musician, Rex Omar, who doubles as chairman for GHAMRO has called out the government for what he describes as its selective attacks on persons who have said things that make it unpopular.

He said it has become an unfortunate trend for the government to use such institutions as the National Investigations Bureau (NIB) or the Criminal Investigations Department (CID) of the Ghana Police Service, to single out persons who speak against it for persecution.

Rex Omar was responding to questions in relation to the reported arrest of Lawrence Nana Asiamah Hanson, known in showbiz as Bulldog by the NIB although no official confirmation has been issued to that effect.

Before the show ended, however, he issued an apology for the above statement.

Speaking on the subject, Rex Omar further questioned why the government has not picked up persons like irreverent MP for Assin Central, Kennedy Agyapaong, for instance, for his threats to burn down the house of the former president, John Dramani Mahama as well as his threats against judges.

“I am not justifying Bulldog’s action but we must understand that the show on which he made such comments is an entertainment show known for its loudness and its newsworthiness,” he said in the interview monitored by GhanaWeb.

He, however, stated that there has been a precedence set in this country where people in authority or people of influence have gone on air and made very damning claims or distasteful threats at the president or the government but have been let off the hook.

He believes this is why other persons can also easily do things like that and hope to get away with it but that does not recuse the government from its selectivity in handling matters of such nature.

Rex Omar was speaking on Accra-based Accra Fm’s Ghana Yensom morning show to answer questions on what he knew with regards to the arrest of Bulldog.