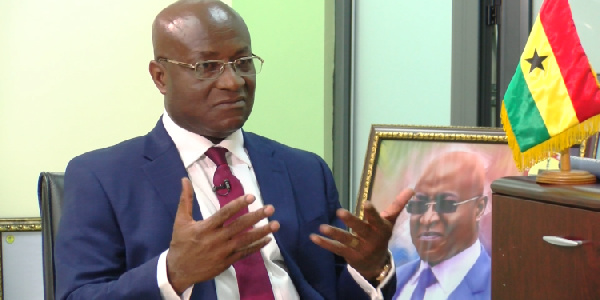 The NPP Member of Parliament for Suame, Osei Kyei Mensah-Bonsu, has said Alban Bagbin was chosen as Speaker of Parliament based on a consensus by some leaders in the House.

This he claimed explained the reason why the Clerk in declaring Bagbin as the Speaker could not relate to numbers because the exercise ultimately was not supported by numbers.

“The communication that he [The Clerk] gave in the House… and I’m quoting him because I was part of that determination that – ‘Today, this morning, the House met to elect a Speaker. In processes leading to the declaration of results, an unfortunate incident happened which occasioned the leaders to do consultation. From that and accordingly, I declare Bagbin to hold to take the seat as Speaker of parliament.’ He didn’t relate to numbers,” he told GHOne TV in an interview on Thursday.

He said officers of parliament that superintended over the counting of votes did not verify the 138 figure for Bagbin put out in the public domain by some elements in the NDC caucus.

According to him, Bagbin’s ballots had not even been counted when the process was yet again compromised by chaos and the snatching of ballot papers.

He described the spectacle that played out in the election of the Speaker of Parliament as a mortal wound on the image of Ghana’s parliament.

“It wasn’t a good demonstration of the high esteem which Ghana’s parliament and Ghana’s democracy is held, at least within the confines of African geopolitics. I think it was something terrible,” he said.

He maintained that it would be for the leadership of parliament to decide whether it would be necessary to exact punishment to perpetrators of the chaos or not.