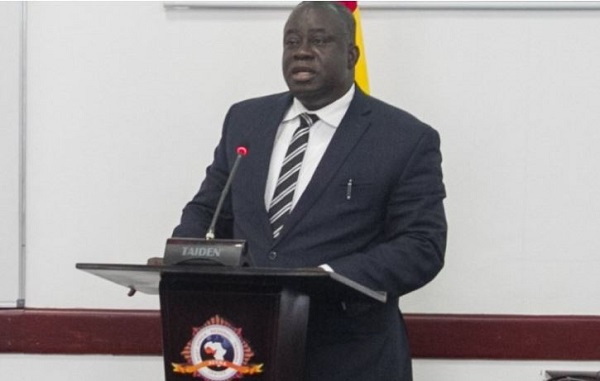 Starr News sources at the Ga East Municipal hospital in Accra, where the security capo was seeking treatment, said he died on Monday, January 18, 2020.

Mr. Kyeremeh has been National Security Coordinator since 2017 when he was appointed to the position by President Akufo-Addo.

He has been working at the security outfit for more than 20 years.

Meanwhile, President Nana Akufo-Addo has revealed that Ghana has recorded the new COVID-19 variant at the Kotoka International Airport.

Addressing the nation on measures taken against the COVID-19 pandemic, the President announced that tests conducted on persons arriving in the country returned positive for the new variant.

The President also announced that he had directed the Inspector General of Police to ensure the strict adherence to the measures against the spread of the virus. He also added that night clubs, beaches, and all pubs will be shut down to avoid the gathering of people.

Ghana has so far recorded 352 deaths from the deadly virus with 57,714 cases recorded so far. In total, over 55,000 people have recovered and have been discharged.

The current active case count has risen to 1942.

The rapid spread of the new variant of coronavirus has been blamed for the introduction of strict tier four mixing rules for millions of people, harsher restrictions on mixing at Christmas in England, Scotland, and Wales, and other countries placing the UK on a travel ban.