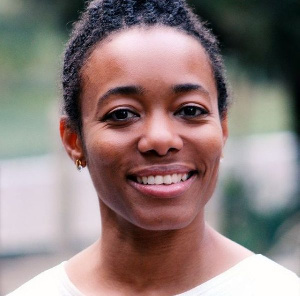 Dr Zanetor Agyeman-Rawlings, the first daughter of the late former President Flt. Lt. Jerry John Rawlings has not ruled out running for the office of President of the Republic of Ghana in the future.

She is currently engaged in active politics representing the people of Klottey Korley in Parliament on the ticket of her late father’s political party, the National Democratic Congress (NDC).

In an interview with the BBC about her late father, Zanetor did not completely reject the notion of one day running for the office her father once held.

When asked if she would run for president, Zanetor gave a very political answer saying, that was up to the people and that she was ready to serve the country and the continent in whatever capacity.

She, not outrightly rejecting that idea, keeps the door open on that conversation.

While her mother, Nana Konadu Agyeman-Rawlings, and other women have run for president in recent presidential elections, some have already touted her as someone who could be Ghana’s first female president.

No woman has ever been president or vice president in the country.

Prof Naana Jane Opoku-Agyeman was not able to pull it off when she became the running mate to former President John Mahama in the 2020 presidential election.

It suffices to say, Mr Mahama is contesting that election in court and a judgement in their favour could very well make the Professor the first female Vice President of Ghana.