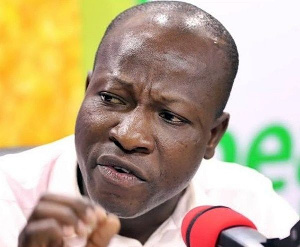 Former Acting General Secretary of the Convention People’s Party (CPP), Mr. James Kwabena Bomfeh has opined that the late Rawlings is not a perfect example for Ghanaians to emulate.

Speaking to Kwabena Agyapong on Frontline on Rainbow Radio 87.5FM, he said as someone who understands the political system of Ghana, he does not think the late Rawlings can be credited with the fourth republic.

He noted the late Rawlings had no option other than to give up power.

To him, the late Rawlings showed a bad example as a former president.

He added that the probity and accountability and social justice mantra he said was rhetoric.

Kabila as he is affectionately called said, the former leader failed the corruption test despite his claims to have fought it.

The outspoken politician further stated everyone would have their varied views of Rawlings but he (Kabila) is not encouraged by his exploits.

He described the late Rawlings as one who encouraged insults and the youth of this country should not emulate him.

The overthrow of Liman he said sow a seed of indisciplined and I will not recommend him as an example for any young person.