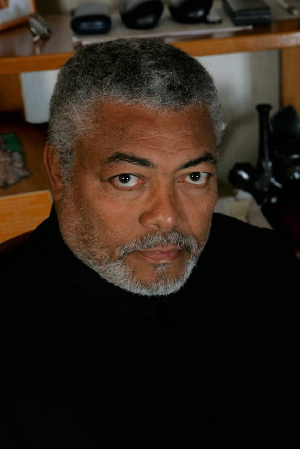 The Member of Parliament (MP) for the Ketu-South Constituency and a member of the National Democratic Congress (NDC), Dzifa Gomashie, has appealed to Ghanaians to emulate the late former President Rawlings by correcting the party when it goes wrong.

According to the MP, Ghanaians will only be showing their love for the party and passion for the development of the country if they do so.

Speaking to Samuel Eshun on the Happy Morning Show, she stated: “All we ask is for Ghanaians to believe in us, trust us and support us to do right by this country and like what our father and founder used to do, when we are veering off, correct us. My 95-year-old father stills tells me what I do right and what I do wrong. It just shows me that he loves me. If you love us when we are doing wrong tell us. When we do right applaud us. It is the only way I know that this country will develop”.

Commenting on how the death of their founder will impact the NDC, Dzifa Gomashie noted that while they have lost a father figure, they are committed to uphold the values that Rawlings left the party.

“The Bible says teach the child the way they should go and when they grow they will not depart from it. He has given us the principles and the values. The NDC will be strong. The NDC is the biggest party in this country. As a member of the NDC, my pledge to the NDC is that everything I do will be to strengthen the party. And I speak for the rest of us; that we are committed to ensuring that value for which our party was created will not be thrown away”, she added.

Rawlings died on 12 November 2020 at Korle-Bu Teaching Hospital, a week after having been admitted for a “short term illness”.