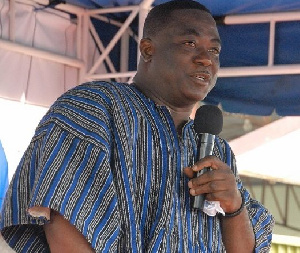 The Regent of Katamanso in Accra, Joseph Nii Laryea Afotey AGbo, has clarified reasons for which the late former president, Jerry John Rawlings, often visited Katamanso as a young soldier and how the wrong information about those incidents affected the former statesman.

He said that Rawlings, who had a close relationship with his (Afotey Agbo) grandfather, was seen often in the area because of his interests in farming.

“The main aim was to farm. There was no gun on the farm. He even imported a tractor at the time and, when the machine was brought into the country, from the port, he brought it to my grandfather to use for his own farming activity. Until different meanings were read about his coming to Katamanso and that he was training people there to overthrow the government,” he said.

He explained further how that affected the former president.

“It made him go through a lot. Some surveillance was put on him by the Limann government at the time, and he was being followed on daily basis – there was no time that he was on his own until one day at Katamanso he was arrested,” he narrated.

Nii Laryea Afotey Agbo made these revelations in an interview with Citi TV monitored by GhanaWeb.

President Jerry John Rawlings died on November 12, 2020, at the Korle Bu Teaching Hospital after a short illness and has since been buried at the new Military Cemetary in Accra.

SALL a cardinal sin of the 8th Parliament – Kwaku Azar