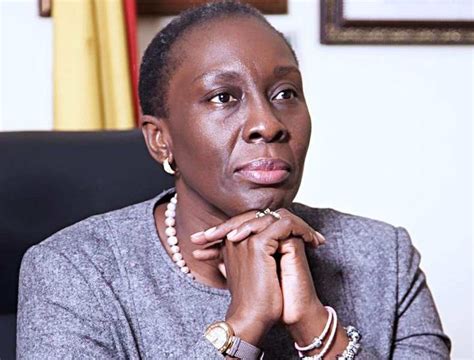 A Former Attorney General, Marietta Brew Appiah-Oppong has said that the credibility of the General Secretary of the National Democratic Congress (NDC) Johnson Asiedu Nketia has increased in spite of attempt by lawyers of the 2nd respondent in the ongoing election petitioner hearing to discredit him in court.

On Monday February 1, video tapes of former President John Dramani Mahama, Johnson Asiedu Nketia, Peter Otokonor Boamah and Sammy Gyamfi, in which they were captured claiming that the National Democratic Congress (NDC) won last year’s elections, were played in the Supreme Court in the ongoing hearing of the election petition.

Lawyer for the 2nd Respondent, Mr Akoto Ampaw had told the court that he wanted these tapes played in order to establish the lack of credibility of one of the witnesses of the petitioner, Mr Asiedu Nketia.

The petitioner is asking the apex court to order a rerun of last year’s elections.

Lead counsel for the petitioner, Tsatsu Tsikata objected to the Mr Ampaw’s move to play the tape but the court granted the request and accordingly the tapes were played.

When confronted with his comments on the tapes as against the relief the petitioner is seeking in court, Mr Nketia said “I implied that I expected President Mahama to win the elections.

“Every evidence  was pointing at president  Mahama’s victory  and in fact, My Lords,  permit me,  in all the 7 parliamentary and presidential elections  that have been held  in this country  before this one  the presidential candidate  and the political party which wins and controls  parliament ends up winning the presidency.”

“It didn’t happened as they thought it could. In the end his credibility rather soared. In the video, all the witness did was projections, he never said the petitioner has won.”

Mr Nketia has stated in the Supreme Court that he never said the petitioner, John Dramani Mahama, won the 2020 Presidential Elections.

During cross-examination, the witness was confronted with video evidence where he was addressing an NDC press conference after the December 7 elections. The witness admitted to saying the NDC won majority of the seats in Parliament, but denied he declared John Mahama winner in any of the press conferences he addressed before and after the 1st Respondent Electoral Commission’s declaration of the presidential results on December 9.

According to Mr. Nketia, he only expressed expectations that the petitioner would win the elections based on his knowledge of the dynamics of elections in Ghana over the years.

“Every evidence was pointing at president Mahama’s victory and in fact, My Lords, permit me, in all the 7 parliamentary and presidential elections that have been held in this country before this one the presidential candidate and the political party which wins and controls parliament ends up winning the presidency”, he explained.

Counsel for the 2nd Respondent Akufo-Addo, Lawyer Akoto Ampaw insisted that the words of the witness during the press conferences suggested that the petitioner won the presidential elections.

But Mr. Nketia retorted, “My Lord, I indicated that I never said that the petitioner had won the elections”.

He also confirmed to the court that there was no mention of the petitioner winning the election in the petition.

Reacting to this development, Mr Oppong Nkrumah said ina tweet that “It was shocking to hear him say he didn’t bring his collated results to court, when he had earlier caused scores to hit the streets claiming he had figures to show that Mr Mahama won.

He added “@NAkufoAddo’s legal team finished cross exam of witness Johnson Asiedu Nketia today. It is obvious that the petitioner’s main worry is the error in the verbal announcement by EC chair.

Not much has changed at Kotoko since my exit – Konadu