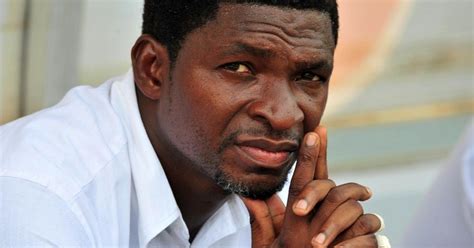 Former Kumasi Asante Kotoko head coach Maxwell Konadu has said there haven’t been massive changes at Asante Kotoko since he left the team two months ago.

Konadu got sacked following an unimpressive run of results and was replaced by his assistant at the time Johnson Smith.

Since his exit, the Porcupine Warriors have played 8 games in all competitions; lost two, won three and recorded 3 draws and are yet to lose an away game in the Premier League.

Despite that, Maxwell Konadu thinks not much has changed in the team after he watched them play against Aduana Stars which they lost 1-0 at the Accra Sports Stadium.

“Ever since I left, the only Kotoko game I watched was against Aduana Stars and there has not been any changes.

“The only difference is that Fabio Gama has been cleared and now plays actively for the team,” he said on Nhyira FM.

Explaining the reason for the club’s struggles to garner results under him, Konadu said he wasn’t given enough time and the team was a new team.

“It was a new team and players will want to exhibit their individual brilliance rather than playing as a team and that made the gelling of the team difficult.

“It is the reason we started the season very poor but I knew with time, the team will settle.”