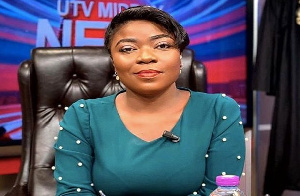 Afia Pokuaa known in the media circles as Vim Lady has refuted claims by the Health Minister-designate Kwaku Agyeman-Manu that her call to him when he contracted the deadly virus was private and didn’t have to be made public.

During the first wave of the COVID-19, the Health Minister contracted the disease; this was widely reported by sections of the media.

However, in a conversation with Vim Lady, the Health Minister denied contracting the disease but rather indicated that he was on his usual medical checkup at the University of Ghana Medical Center.

“Spoke to the minister of health. He says he’s fine and doesn’t have covid but only needed rest and his usual medication,” Afia Pokuaa posted.

However, it was later confirmed by President Nana Addo Dankwa Akufo-Addo that he had contracted the disease and was receiving treatment.

But speaking at his vetting, the Minister indicated that his chat with the Journalist was a private conversation which should not have made way into the public domain.

Reacting to the Minister’s position, Afia Pokuaa has expressed shock at the posturing of Kwaku Agyeman-Manu which presupposes that she lied to the people of Ghana about his condition.

Stop the ‘nonsense’ on Eugene Arhin, you did worse in 8-years of Mills, Mahama – Allotey Jacobs blasts NDC

The man behind Fortnite is making the riskiest bet of his career. The payoff could be huge