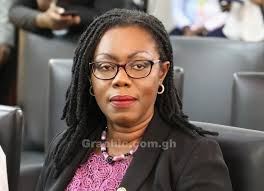 Minister-designate for Communications and Digitalization, Ursula Owusu will be facing the Appointments Committee of Parliament for her vetting today, Monday February 15 as screening of the ministerial nominees resumes.

Member of Parliament for Okere, Dan Botwe who is also the nominee for Regional Reorganization and Development will also appear before the Committee.