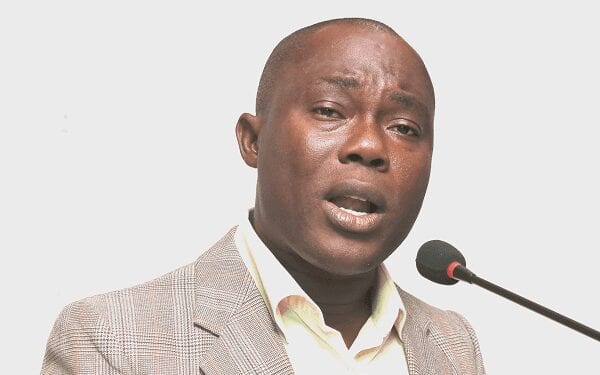 Senior Lecturer at the Political Science Department of the University of Ghana Professor Ransford Yaw Gyampo says persons supporting LGBTQI should make their activities known if they believe it is lawful.

“We’ve heard that the LGBTQI people have open an office, do you know the location? You have an office and nobody knows where it is and you are also not willing to show anybody. So, they are operating in the dark. It only means that act is in violation of the people’s belief system. If there is nothing wrong with that act, why don’t they make their activities public.”

According to Dr. Gyampo, Ghana as a society has a certain standard that makes it distinct from other societies therefore “if LGBTQI is accepted in other jurisdiction, the societal values of Ghana angrily frown on it”.

The Senior Political Science lecturer was responding to questions posed to him by the host of Connect FM’s morning show Omanbapa Nhyiraba Paa Kwesi Simpson on the recent furore that has greeted the reported opening of the lesbian, gay, bisexual, transgender, queer and intersex (LGBTQI) office in Accra.

The news of the office opening has been roundly condemned by a large section of Ghanaians including noticeable bodies like the Catholic Bishops’ Conference with the conference demanding its closure.

Professor Gyampo supported the demand of the Catholic Bishop’s Conference and also called on government to take a decisive and swift action by ensuring that the act will not fester.

On what he makes of reports that some people have located the office of the LGBTQI and intends to burn it down, Professor Gyampo said “we cannot take the law into our hands. And so, if you decide to go and burn the office that will amount to arson and arson is an offence. Even though the first act is wrong, one cannot respond with another wrong action. Be that as it may, if there is any movement that will stand against the LGBTQI act, it should be welcoming and I will not hesitate to join such a movement”.

Responding to arguments that it is within the rights of persons who practise LGBTQI to do so, Professor Gyampo insisted that the country’s current democratic order frowns on the act.

“Ghana is a transitional or an electoral democracy. And with this type of democracy, human rights are only confined to the exercise of political rights. So, the dominating feature is the right to vote and to be voted for. Again, one defining feature of this democratic order is the emphasis on the political rights of people. What we call economic, social and cultural rights are not largely emphasized. So normally you don’t hear people talk so much about not being employed, about their cultural and other social rights because they are not fully developed under transitional democracy. So, we will not accept it here,” he maintained.

A collaboration with Adina is my biggest musical dream – Afrifa