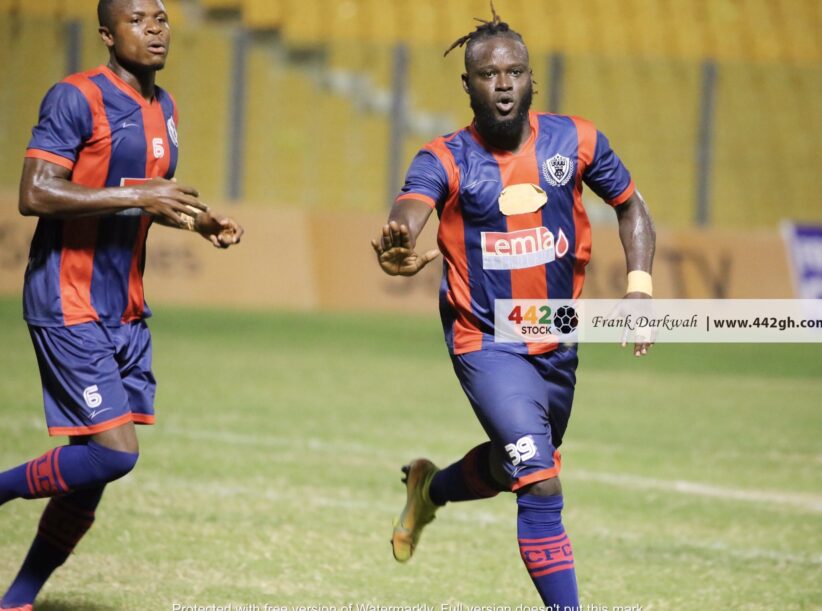 It was all but fun in week 16 of the Ghana Premier League as 6 league centers saw excitement and everything football games have to offer.

Hans Kwofie has had an instant impact at Legon Cities since joining – he has scored three goals in two games.

When the Royals hosted Elmina Sharks in the Accra Sports Stadium, Hans Kwofie in what was his first home game of the season scored two goals to hand Legon Cities all three points.

Bashiru Hayford’s striking woes seems to be over thanks to Kwofie’s potency infront of goal.

Despite scoring first through Kwame Boateng, Karela United were handed a 3-1 defeat by WAFA in Sogakope Park.

Accra Hearts of Oak recorded their second win in the post – Kosta Papic era when they faced Liberty Professionals in Dansoman.

Issac Mensah came from the bench to score an all important goal for the Phobians. It’s now 2 wins in 2 games under interim head coach Samuel Nii Noi.

It took Prince Opoku Agyemang less than 30 minutes to register his name on the scoresheet for Medeama SC after rejoining from his loan at FC Cape Town in South Africa.