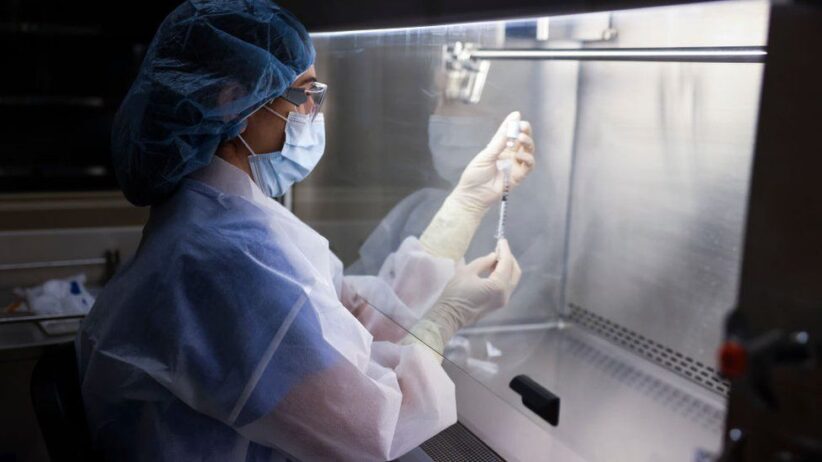 US regulators have found the single-shot Johnson & Johnson coronavirus vaccine is safe and effective.

It paves the way for it to become the third Covid-19 vaccine to be authorised in the US, possibly within days.

The vaccine would be a cost-effective alternative to the Pfizer and Moderna vaccines, and can be stored in a refrigerator instead of a freezer.

Trials found it prevented serious illness but was 66% effective overall when moderate cases were included.

The company has agreed to provide the US with 100 million doses by the end of June. The UK, EU and Canada have also ordered doses and 500 million doses have also been ordered through the Covax scheme to supply poorer nations.

What does trial data say?

The briefing document published by the US Food and Drug Administration (FDA) gives more detail on the data submitted by Janssen, a pharmaceutical branch of Johnson & Johnson, to the regulator. The FDA concludes that the Johnson & Johnson vaccine has “known benefits” in reducing both symptomatic and severe illness.

It comes after the firm released data last month.

Data showed it was more than 85% effective at preventing serious illness, but only 66% effective overall when moderate cases were included, when considering cases at least 28 days after vaccination.

Notably, there were no deaths among participants who had received the vaccine and no hospital admissions after 28 days post-vaccine.

An external committee of experts will meet on Friday to recommend whether the FDA should authorise the vaccine, possibly adding to a coming surge in vaccine availability in the US. The US would be the first country in the world to approve the vaccine.

A White House official said the administration anticipated distributing at least three million doses of the Johnson & Johnson vaccine next week, should it receive emergency authorisation from the FDA.

The company says it plans to deliver 20 million doses in total by late March, in line with an agreement to supply the US with 100m doses by the end of June.

Not only will the vaccine require fewer doses than its two-shot Pfizer and Moderna counterparts, it will also require fewer vaccine appointments and medical staff as a result.

Who else has ordered the Johnson & Johnson jab?

What is the situation in the US?

Over 65 million Americans have already been vaccinated and about 1.3 million doses are being administered across the country each day.

Half a million people in the US have died of Covid but new cases, hospitalisations and deaths have all been on the decline over the past few weeks.

Top public health experts, however, continue to warn that mutations of the virus can still threaten progress.