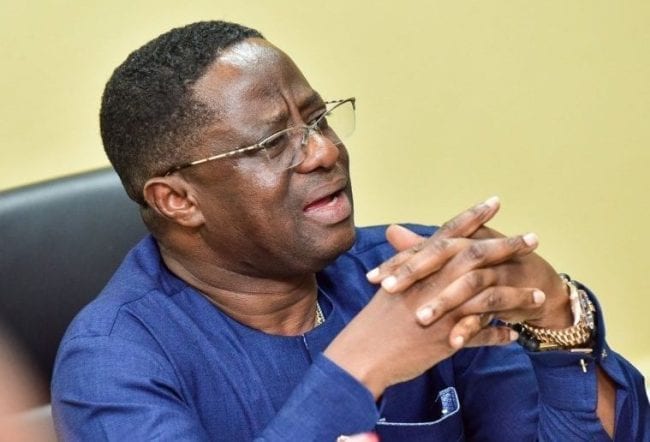 Member of Parliament for Hohoe John Peter Amewu has noted that if the people of the newly created districts – Santrokofi, Akpafu, Likpe and Lolobi (SALL) – had been allowed to vote in his constituency in last year’s parliamentary elections, he would have won by a large margin.

He told the Appointments Committee of Parliament during his vetting as minister-designate for Railways that these areas were his strong holds in the 2004 and 2008 elections.

Eligible voters within Santrofi, Akpafu, Likpe, and Lolobi, were only allowed to take part in the presidential election on December 7, 2020.

After winning the elections, Mr Amewu’s swearing in was injuncted by a Ho High Court.

But the Attorney General challenged the ruling at the Supreme Court saying the Ho High Court did not have the jurisdiction over the matter.

Accordingly, the Supreme Court by a unanimous decision dismissed the injunction placed on Mr Amewu by the Ho High Court.

Mr Amewu told the Appointments Committee on Wednesday February 24 that “I sympathize with my brothers and sisters at SALL for not taking part in the parliamentary elections. I went into the elections as a player and not a referee. I did not constitute the rules that were in place for me to come and contest.

“I just went in as a contestant and unfortunately, for one reason or another, they were not allowed to vote in Hohoe. I sympathize with them and I would have been happy if the people of SALL had voted because in 2004 and 2008, those were my strongholds. If they had voted I would have even won with a wider margin.”