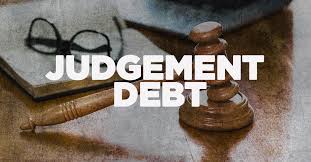 Development experts want Ghanaians to rise and fight against the payment of judgement debts which according to them has militated against the country’s socio-economic development.

This came up in Media General’s continuous exploration of the issues of judgement debt and what their continuous payment could potentially mean to the development of society.

For a country that is still struggling to meet the basic needs of its citizens, some concerns have often been raised on the need to patch all revenue leakages to have enough to meet the needs of the people.

For instance, some basic school children are still studying under trees, either because their classroom blocks are in poor shape or governments have simply failed to provide them with decent ones.

In the health sector, women still die during childbirth due to lack of quality healthcare delivery; hospitals lack basic equipment including common beds.

Roads across the country are in poor shape and need urgent re-construction and rehabilitation, for easy carting of farm produce from rural Ghana to urban centres.

Again, potable water and access to electricity are still challenges confronting the majority of residents in rural Ghana.

Yet the country expends money in the name of judgement debts.

We do know that 283 million dollars have been paid as judgement debt over the last four years.

The sad reality is that when these judgement debts do occur, it is the taxpayer who pays and not the public office holder or the politician through whose negligence the state loses money.

For Chief Executive Officer of the African Graduate School of Management and Leadership, Professor David Abudulai, it is a leadership problem.

‘’The conflicts that we are seeing in neighbouring countries some of them are as a result of people feeling left out.’’ …’’so what do they do, they create confusion’’. ‘’So where judgement debts take away resources that would have gone into developments, then we are sowing seeds for insecurity’’ so judgement debts worsen our poverty, judgement debts have the potential to contribute to instability.’’

He and Professor David Abdulai want citizens to be angry enough and hold governments accountable to help fight the canker.

“Unless the citizens of this country get angry enough and say this cannot continue and hold their representatives, parliament accountable, they hold the executive accountable; until the media also decides to focus on this, not as a one of story but as a continued engagement with the issue, we will not gain the kind of attraction and the leverage to be able to make a change’’

Parliament has also been urged to be interested after approval of contracts.

Some have argued that judgement debts usually could be avoided with many blaming political leaders as being insensitive to the plight of the citizenry, majority of whom live on less than 5 cedis a day.

But if public outcry through new and traditional media isn’t enough, how else could citizens have a say.

Krowor Cluster of Schools shut down after residents attack teacher