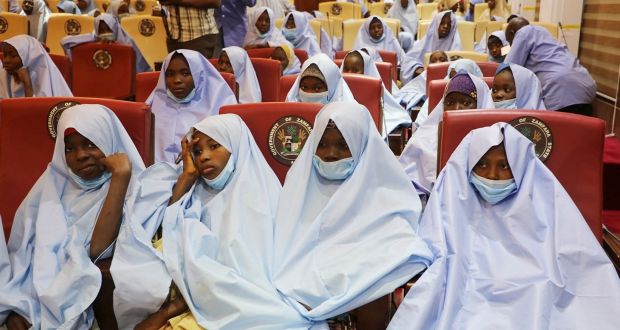 The hundreds of teenage girls abducted last Friday from their boarding school in Jangebe in north-western Nigeria have been released and as of Tuesday morning are in the offices of the Zamfara government.

The news is according to state governor Alhaji Bello Matawalle – who told the media that the total 279 kidnapped girls are all accounted for and in good health.

This statement contradicts the declaration of 317 missing girls initially communicated by local authorities following the attack.

Which was the fourth on schools in less than three months in the region where criminal groups — known as “bandits,” have been stealing livestock on a large scale and carrying out kidnappings for ransom for more than a decade.

Zamfara authorities are accustomed to discussing amnesty agreements with criminal groups with whom they have been negotiating for over a year in exchange for the handing over of their weapons.

This latest mass abduction triggered the trauma of the Chibok incident in 2014 when the jihadi group Boko Haram kidnapped 276 high school girls — to the dismay of the international community.