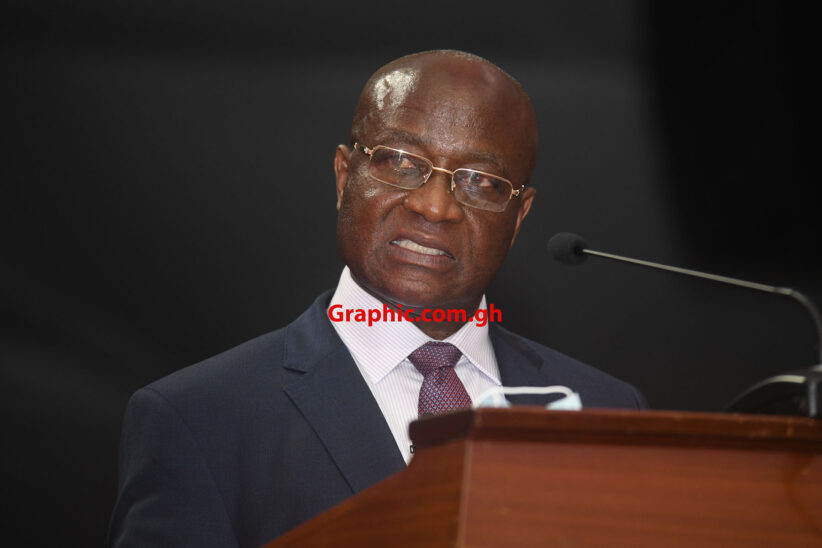 The government has given an assurance that it will complete all abandoned and uncompleted public funded projects in the country.

The move is to end the practice where government projects started by different administrations are abandoned by their successive regimes.

Presenting the 2021 budget in Parliament last Friday, the Majority Leader, Osei Kyei-Mensah Bonsu, who is also acting as the caretaker Minister of Finance, said the Akufo-Addo-led government was determined to end the practice of one government abandoning projects started by their predecessors because the practice was not only wrong, but also a major worry to all citizens.

Meanwhile, the Majority and Minority leaders in Parliament last Sunday reignited discussions on the completion of projects that were left uncompleted by previous regimes.

Messrs Kyei-Mensah-Bonsu and Haruna Iddrisu said some development projects started by previous governments but abandoned by successive ones was a thorny issue which had cost the nation a fortune and suggested ways to resolve the situation for the benefit of all.

At the beginning of a two-day post-2021 budget workshop for MPs in Ho, the Volta Regional capital, the two leaders, though from opposing political camps, expressed the need for a national conversation on how to continue projects that were not finished by previous governments..

The workshop on the theme: “Economic Revitalisation through Completion, Consolidation and Continuity”, afforded the Members of Parliament (MPs) the opportunity to share thoughts with experts on key aspects of the 2021 Budget Statement and Economic Policy of the Government of Ghana..

The workshop created an opportunity for the MPs to discuss the key points for promoting national development.

It also provided the MPs with the knowledge to make meaningful contributions to the debate on the 2021 Budget Statement by Parliament.

Mr Haruna Iddrisu of the National Democratic Congress, who is also MP for Tamale South reminded the MPs of a national policy decision to complete standing projects..

He suggested that the policy should include projects by previous governments inherited by opposing political parties..

He said projects should not be initiated if there was not enough monetary provision or resource allocation from the start to completion..

“No projects should come up unless it is supported by adequate monetary and material provisions,” the minority leader said and suggested that sanctions should be applied to government officials who start projects but do not see through their completion.

Responding, Mr Osei Kyei-Mensah-Bonsu attributed part of the problem to the intervention of foot-soldiers..

To avoid this, successive opposing governments from other parties might not want to be led on to the path of unrighteousness..

Every party, he said, would ,therefore, want to initiate its projects which might not be completed in its term of office..

Deputy Majority Leader and MP for Effutu, Mr Alexander Afenyo-Markin, entreated the participants to make contributions on the Budget Statement to make it pass the litmus test to ensure that it is transparent, accountable and responsive to national goals.