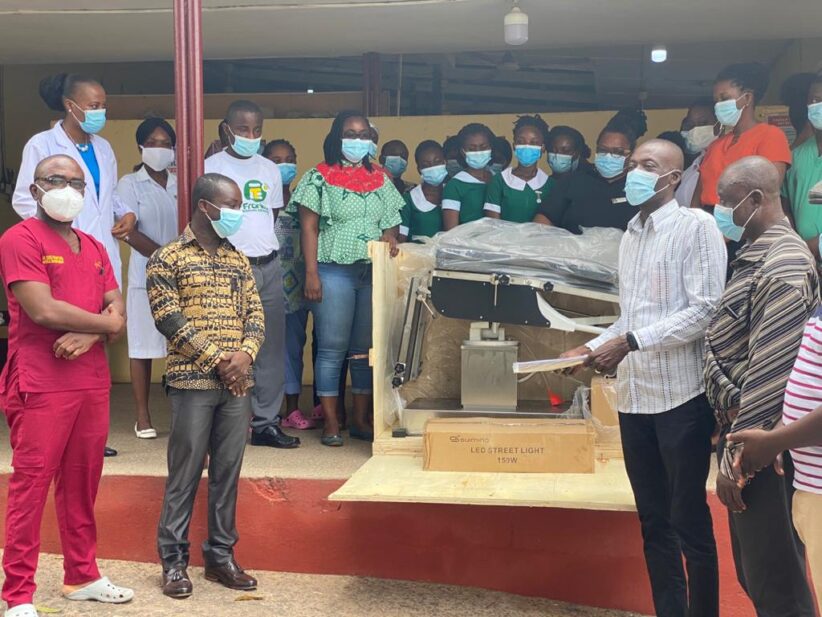 Two weeks ago, while doctors at the Kwesimintsim Hospital in the Effia Kwesimintsim Municipality were performing a surgery on a patient, the operating bed suddenly collapsed.

But because they were already aware of how dilapidated the bed has become, they are always on the alert for any eventuality.

Even though there was the option for them not to perform surgeries because of the poor state of the bed, the desire to save lives urged them on to continue to work with the bed.

Thankfully when the bed collapsed, the doctors were able to quickly improvise, continued to operate and saved the patient.

Before the collapse, management of the hospital had sent numerous distress calls to the municipal and regional health directorate as well as the municipal assembly for help to change the bed but no help came.

Then the bed collapsed.

Left with no option, the hospital decided to ‘cast its net wide’ by writing to other stakeholders, among which was the Member of Parliament for Kwesimintsim, Dr. Prince Armah, for help.

Exactly a week after the Office of the MP received the letter of request for help, Dr. Prince Armah responded by buying a new state-of-the-art operating bed for the hospital.

At a ceremony to present the bed to the hospital, Medical Superintendent Dr. Simon Osei Frimpong could not hide his joy and that of the entire staff for the prompt response.

“In fact, I must confess that I am utterly surprised at the speed with which the MP, Dr. Prince Armah, responded. Indeed, I had little hope that any response will come anytime soon. But he has really proven me wrong. Definitely, this effort will be etched in the history books of this hospital. I say so because this is the only time, we have had a politician give us this huge and very significant support.”

Dr. Osei Frimpong said the hospital will now be able to perform surgeries without having to also worry about “whether the bed will collapse or not”.

“If you take out the Effia Nkwanta Regional Hospital, I daresay our facility performs the most surgeries around. As I speak, we have so many cases to attend to. Even though we were still performing surgeries on the old bed, which is as old as this hospital, we did that with a lot of apprehension because we could not tell when another collapse will happen. So, you should be a worker here to appreciate how glad we are to have received this state-of-the-art operating bed.”

Making the presentation on behalf of Dr. Prince Hamid Armah, Abdul Hakim Buhari Osman, a former constituency secretary of the New Patriotic Party in Kwesimintsim and an aide to the Kwesimintsim MP, said Dr Armah was visibly moved when he saw the video of the theatre operating bed which had collapsed during a surgery.

“We must do something about this immediately to save lives. Our people in Kwesimintsim rely on this hospital and we cannot have them unable to have life-saving procedures because of the absence of this bed. This is why I am in this job – to respond to situations like this,” Buhari Osman reported Dr Armah as saying.

He added that “I was not surprised when just five days after he saw the video and received the request letter, he called me to say that he had bought a new bed which was being brought to Takoradi and he wanted me to deliver it to the hospital immediately it arrived here”.

Buhari Osman added that the MP was hopeful that with the new bed, doctors will now be able to conduct surgeries which had been held up while the hospital was without the vital equipment.