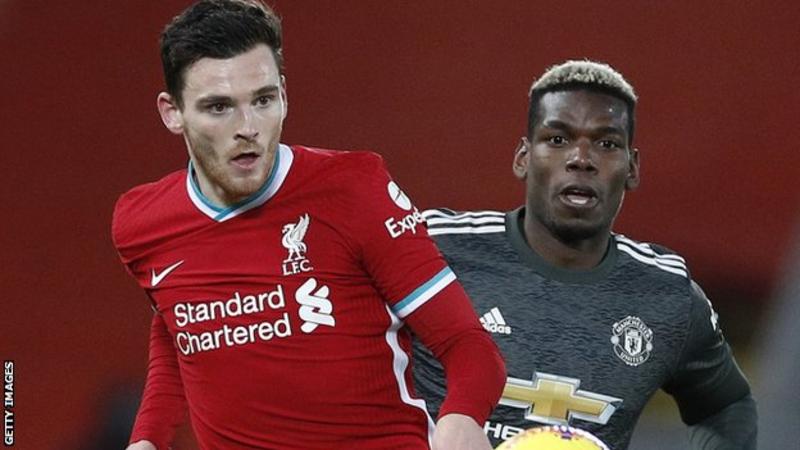 Arsenal, Chelsea, Liverpool, Manchester City, Manchester United and Tottenham are among 12 clubs who have agreed to join a new European Super League (ESL).

The ESL said the founding clubs had agreed to establish a “new midweek competition” with teams continuing to “compete in their respective national leagues”.

It said the inaugural season was “intended to commence as soon as practicable” and “anticipated that a further three clubs” would join the breakaway.

The ESL said it also planned to launch a women’s competition as soon as possible after the men’s tournament starts.

UK Prime Minister Boris Johnson, Uefa and the Premier League condemned the move when the news broke on Sunday.

And speaking on Monday, he said the government was “going to look at everything that we can do with the football authorities to make sure that this doesn’t go ahead in the way that it’s currently being proposed”.

Critics say the move is being driven purely by money, would destroy domestic leagues and is against the integrity of the sport.

Unlike the Champions League, which teams must qualify for, the ESL would include the same 15 teams every year, with the remaining five qualifying annually.

World governing body Fifa had previously said it would not recognize such competition and any players involved could be denied the chance to play at a World Cup.

Uefa, Europe’s governing body, reiterated that warning on Sunday when it said players involved would be banned from all other competitions at domestic, European or world level and could be prevented from representing their national teams.

After the ESL was announced, Fifa expressed its “disapproval” of the proposed competition and called on “all parties involved in heated discussions to engage in calm, constructive and balanced dialogue for the good of the game”.

The ESL has sent a letter to Fifa president Gianni Infantino and Uefa boss Aleksander Ceferin issuing notice of legal proceedings in European courts designed to block any sanctions the two governing bodies may try enforce over the formation of the ESL.

In a statement, the ESL said: “Going forward, the founding clubs look forward to holding discussions with Uefa and Fifa to work together in partnership to deliver the best outcomes for the new league and for football as a whole.”https://emp.bbc.com/emp/SMPj/2.40.2/iframe.htmlDion Dublin & Danny Murphy discuss the plans for a European Super League

There were talks in October, involving Wall Street bank JP Morgan, over a new £4.6bn competition that would replace the Champions League.

Uefa had hoped the plans for a new 36-team Champions League – with reforms set to be confirmed on Monday – would head off the formation of a Super League.

However, the 12 sides involved in the Super League do not think the reforms go far enough.

They said the global pandemic had “accelerated the instability in the existing European football economic model”.

“In recent months, extensive dialogue has taken place with football stakeholders regarding the future format of European competitions,” they added.

“The founding clubs believe the solutions proposed following these talks do not solve fundamental issues, including the need to provide higher-quality matches and additional financial resources for the overall football pyramid.

What is the proposed format?

The league will have 20 teams – the 12 founding members plus the three unnamed clubs they expect to join soon, and five sides who qualify annually according to their domestic achievements.

Under the proposals, the ESL campaign would start in August each year, with midweek fixtures, and the clubs would be split into two groups of 10, playing each other home and away.

The top three in each group would qualify for the quarter-finals, with the teams in fourth and fifth playing a two-legged play-off for the two remaining spots.

From then on, it would have the same two-leg knockout format used in the Champions League before a single-leg final in May at a neutral venue.

The ESL said it would generate more money than the Champions League and would result in a greater distribution of revenue throughout the game.

What do the Super League leaders say?

Real Madrid president Florentino Perez, the first chairman of the ESL, said the new competition would “help football at every level”.

“Football is the only global sport in the world with more than four billion fans and our responsibility as big clubs is to respond to their desires,” he added.

Juventus chairman Andrea Agnelli has resigned from the Uefa executive committee and as chairman of the European Club Association (ECA), which had pushed the planned Champions League reforms.

He said the 12 clubs had “come together at this critical moment, enabling European competition to be transformed, putting the game we love on a sustainable footing for the long-term future”.

It is understood all 12 clubs have resigned from the ECA and their respective representatives from the ECA board.

Manchester United co-chairman Joel Glazer will be a vice-chairman of the Super League.

He said: “By bringing together the world’s greatest clubs and players to play each other throughout the season, the Super League will open a new chapter for European football, ensuring world-class competition and facilities, and increased financial support for the wider football pyramid.”

What has been the reaction?

Essentially, widespread condemnation from anyone not involved in the proposed league.

Johnson said the plans would be “very damaging for football”.

“So it is very, very important that that continues to be the case. I don’t like the look of these proposals, and we’ll be consulting about what we can do.”

Uefa released a joint statement with England’s Football Association, the Premier League, the Spanish Football Federation, La Liga and the Italian Football Federation, as well as Serie A, saying they would “remain united” in trying to stop the breakaway, using “all available measures”.

The ECA said it “strongly opposed” the league, while the Football Supporters’ Association said the plans were “motivated by nothing but cynical greed”.

Fan groups associated with all six English clubs involved are strongly opposed to the Super League.

Liverpool supporters’ group Spirit of Shankly (SOS) said it was “appalled” by the decision of Fenway Sports Group, the club’s US-based owner.

In a social media post, SOS said: “FSG have ignored fans in their relentless and greedy pursuit of money. Football is ours, not theirs. Our football club is ours not theirs.”

Chelsea Supporters’ Trust called the move “unforgivable” and said its members and “football supporters across the world have experienced the ultimate betrayal”.

The Arsenal Supporters’ Trust called the club’s agreement to join “the death of Arsenal as a sporting institution”.

Manchester City’s Official Supporters Club said the move showed “those involved have zero regard for the game’s traditions”, adding it was “determined to fight against this proposed Super League”.

The Manchester United Supporters’ Trust had earlier said the proposals were “completely unacceptable” and the ESL “goes against everything football, and Manchester United, should stand for”.

Tottenham Hotspur Supporters’ Trust said the ESL was a “concept driven by avarice and self-interest at the expense of the intrinsic values of the game we hold so dear”.

If there was any lingering doubt over the desire of these 12 clubs to launch their own competition, it has been removed by their statement – reinforced by each of them through their own media platforms.

So many questions remain unanswered.

Chiefly, can they actually get their plan over the line given the strong resistance from Uefa and the leagues and associations of the countries concerned?

But beyond that, who will the other three clubs be to make up the 15 founding members? Will Bayern Munich and Paris St-Germain eventually join up? And how will the other five clubs be decided?

These discussions will be fascinating. But right now, the clubs who have signed up to the European Super League have a public relations battle to turn around perceptions – because initial reaction has been overwhelmingly negative.

How African fashion has conquered film