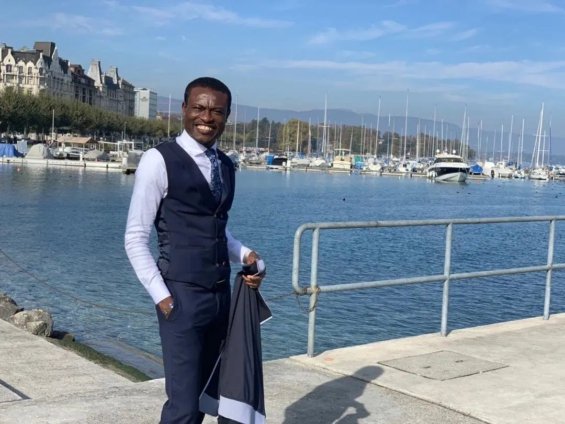 Legal Practitioner and Chairman of the Electronic Communications Tribunal, Kissi Agyebeng has been earmarked to replace Martin Amidu as the next Special Prosecutor according to a report by the Daily Graphic.

According to the newspaper, “barring any unforeseen circumstances, President Nana Addo Dankwa Akufo-Addo will soon announce the nomination of Mr Agyebeng as the anti-corruption czar.”

His nomination was done by the Minister of Justice and Attorney General, Godfred Dame in a letter to the President on April 16, 2021.

Should he be approved by the President, Mr. Agyebeng will become Ghana’s second Special Prosecutor after Martin Amidu resigned citing executive interference in his work.

Per section 13 (8) of the Office of the Special Prosecutor Act, 2017 (Act 959), when the position of the SP becomes vacant, the President shall, within six months, appoint another qualified person for that portfolio.

Mr Agyebeng is the Chairman of the Electronic Communications Tribunal – the body which determines appeals from parties aggrieved by decisions of the National Communications Authority (NCA) on issues such as the closure of radio stations – and one of the best-known lawyers in the country.

Mr. Kissi Agyebeng is the Managing Partner of Cromwell Gray LLP, a law firm based in Accra.

According to his profile on the University of Ghana School of Law website, Mr Agyebeng has been a lecturer since October 2006, teaching and researching into Criminal Law, International Humanitarian Law, International Law, Corporate Law and Legal Research and Writing.

He was awarded the Bentsi-Enchill Prize for Best Graduating Student of the University of Ghana School of Law in 2001.

He proceeded to the Ghana School of Law and was called to the Ghana Bar in October 2003, earning the E.N. Sowah Memorial Prize for Best Student in Family Law.

Since then, he has successfully argued numerous cases before the superior courts of Ghana and participated in several international arbitration hearings.

He is also an associate at the African Centre for Cyber Law and Cyber Crime Prevention and the National Moot Court Coordinator for the Commonwealth Moot Court Competition on International Criminal Justice.

He has also served as the Vice-Chairman of the Appeals Committee of the Ghana Football Association.

The UK Island Waiting To Be Discovered.