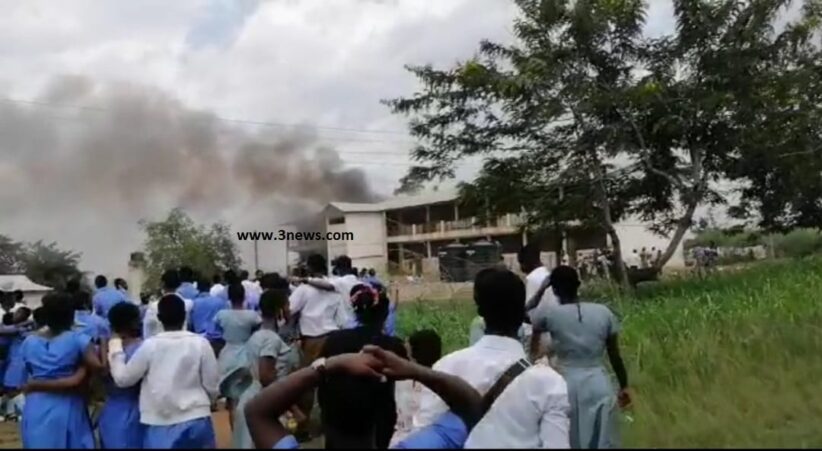 Over 100 students at the Nsutaman Catholic SHS have been displaced after fire razed down the girls’ dormitory Monday.

Though the actual source of the fire is yet to be ascertained, an eyewitness said the fire happened at the time classes were in session.

The fire is said to have started in one of the rooms in the girls dormitory.

There are no reported casualties so far. However, several properties are reported to have been destroyed.

“Though most of students have been displaced by the fire, we are making alternative arrangements to house the affected students to ensure teaching and learning are not gravely affected,” he told host of the show Aduanaba Kofi Asante Ennin on Tuesday, April 27.

One tutor who spoke on condition of anonymity told 3news.com that” the incident partially halted academic work in the school, a situation that saw almost all the students run helter-skelter for cover”.

In less than a week, two fire disasters have been recorded in the Asante Mampong enclave.

Nagelsmann to become Bayern Munich boss at end of season