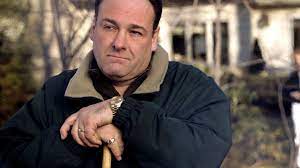 With the amount of new shows to choose from reaching overwhelming levels, increasingly audiences are choosing to rewatch their favourite series instead. David Renshaw explores why.

Over the past year, when staying at home has been government mandated in many parts of the world, it has fortunately never been easier to find something new to watch on TV. Whether it is a talking-point reality series, a beloved and twisty crime thriller, or whatever new comedy or drama Netflix and Amazon with their multi-billion dollar budgets have added to the content abyss, viewers are spoiled for choice on the small screen. There are entire websites to help you navigate what’s on all the different streaming platforms, while social media can often be indecipherable to those who haven’t caught the latest episode of their favourite show.

Why, then, with so much fresh content, is there a growing trend for people brushing aside the glowing reviews and friends’ recommendations and deciding to hit “repeat” on the shows they have watched time and time again? Certainly, the predilection for rewatching old series seems to have been spiking recently.

The most streamed programme in the US last year was the American version of The Office, which finished in 2013 after nine series

The anecdotal evidence that 2020 was “the year of the rewatch” is backed up by the numbers. Nielsen data showed that the most streamed programme in the US last year was the American version of The Office, which finished in 2013 after nine series and was subsequently bought by Netflix; Americans cumulatively streamed a total of more than 57 billion minutes of it, nearly 10 million more than its closest rival. Other shows to rank highly on Nielsen’s list include New Girl and Vampire Diaries, both of which ended their runs more than two years ago. Meanwhile, as the Guardian reported, UK streaming service NOW TV reported a 122% increase in views of The Sopranos between March and October 2020, while HBO in the US reported a 200% increase.

Streaming services  – understandably, given the data  – jostle at great expense over the rights to add classic hits to their libraries. In recent times, the rights holders to some of TV’s best-known shows have made big money as US media companies bet staggering amounts on licensing their timeless works. NBCUniversal committed to paying $500 million (£360m) to bring The Office exclusively to its own streaming service Peacock from 1 January 2021 for five years. Meanwhile, WarnerMedia picked up Friends for $425 million (£306m), also for five years, for its new streaming service HBO Max – an acquisition it is crowning with a hotly-anticipated cast reunion, one-off special in May. Both of those series were previously available on Netflix in the US. Looking to fill the gap, Netflix paid $500 million (£360m) for a five-year lease of Seinfeld due to begin later in 2021. HBO Max continued the shopping spree when they committed around $600 million (£432m) for the rights to The Big Bang Theory and a further $500 million (£360m) for South Park.

At the same time, the fact that these classic series have become TV land’s hottest property has been reflected in the audio world too, with the rise of the “rewatch podcast”. Name a TV hit and, chances are, there’s an accompanying podcast taking a nostalgic trip down memory lane. Often – as is the case with Office Ladies, featuring Jenna Fischer and Angela Kinsey, and Scrubs recap Fake Doctors, Real Friends, hosted by Zach Braff and Donald Faison – these series are helmed by former cast members of the show. If you dreamed of an alternative reality where Christopher Moltisanti escaped a life of organised crime and went into the world of in-depth recaps, the Michael Imperoli-hosted Talking Sopranos is your first port of call.