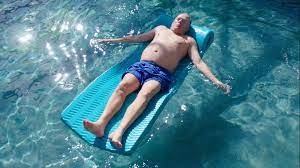 Including Zack Snyder’s return to zombies, Cruella de Vil’s origin story and a documentary about “Disneyland for Retirees”, Nicholas Barber picks the films not to miss this May.

Some Kind of Heaven

The Oscar-winning Nomadland showed what’s in store for certain elderly Americans: no money, but plenty of freedom to roam the country. The lives in Some Kind of Heaven are the exact opposite, but, in their way, just as surreal. Produced by Darren Aronofsky, Lance Oppenheim’s documentary explores The Villages, the world’s largest retirement community. Nicknamed “Disneyland For Retirees”, it sprawls across sunny Florida, and offers every imaginable leisure activity and amenity. But there is something unsettling about this artificial paradise. “What Oppenheim has found, in his first feature film, is a real place every bit as art-directed as Blue Velvet or Edward Scissorhands or American Beauty,” says AA Dowd in the AV Club. “It’s like a movie set the size of Manhattan – a Hollywood facsimile of the mid-century high life you can actually move into.” Uncovering the rot beneath The Villages’ shiny surface, Oppenheim has made an “entrancing” film which is “one of the most gorgeously, strikingly shot documentaries in recent memory”.

Released online from 14 May

Can you make yourself sound more attractive?

Analysis: 2021 Oscars tried to celebrate the business, but didn’t put on much of a show