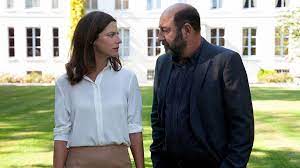 French TV has never been more popular internationally – but the biggest shows at home reflect a conflicted nation, anxious about its place in the world, writes Benjamin Ramm.

During the long, lonely evenings of lockdown, the world turned to French television. Series such as Call My Agent!, The Bureau, and Lupin were streamed globally and acclaimed for their flair and originality. An industry once derided for producing derivative melodrama – and always in the shadow of French cinema – finally seems to have found its own voice.

Just as “Nordic Noir” captured the world’s imagination at the start of this century, the past decade has seen the evolution of television’s so-called “new French Wave”.

How to regrow a wrecked coral reef