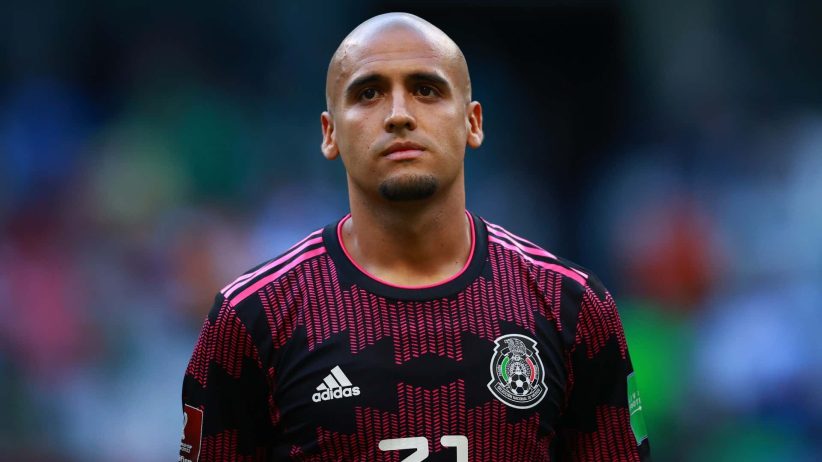 Mexico star Luis ‘Chaka’ Rodriguez has revealed that members of his family were subjected to sick threats online following a World Cup qualifying defeat to the United States.

El Tri suffered a 2-0 reversal at the hands of their arch-rivals to see a serious dent put in their bid to reach Qatar 2022.

Emotions ran high on the back of that outing in Cincinnati, with some disgruntled supporters taking aim at families of those that failed to deliver on the field.

Rodriguez, who plays his club football for Tigres in his homeland, has revealed on social media that his wife was targeted by trolls following a disappointing result for Gerardo Martino’s side.

Responding to those messages on Instagram, and one abuser in particular, the 30-year-old defender posted: “Miguel, I’m the husband of the wife you wrote to.

“I understand that my work in the national team can be the cause of all of this in you. I don’t justify it, but I understand it.

“I ask you please not to write anymore to my wife, to rape and kill are very cruel words. Miguel, we don’t deserve this, least of all to include family. I hope this is over now. May God bless you.”

Rodriguez decided to share the messages his wife received as they continued for some time after Mexico’s outing in Ohio.

He hopes that the issue has now blown over, ahead of another crunch clash with Canada, and insists that he will not let hate win when it comes to chasing his dreams.

Rodriguez added: “I honestly take into account the positives and negatives.

“Football is and will always be a dream come true for me. To leave the national team is not an option for me.”

Where do Mexico stand?

Defeat to the USMNT has seen Mexico slip from top spot in the final round of CONCACAF qualification.

They are, however, still level on points with the U.S. after seven games – one ahead of Canada – and have seven more fixtures to take in before spots at next year’s World Cup finals are handed out.

Neymar to miss Argentina vs Brazil clash with thigh injury