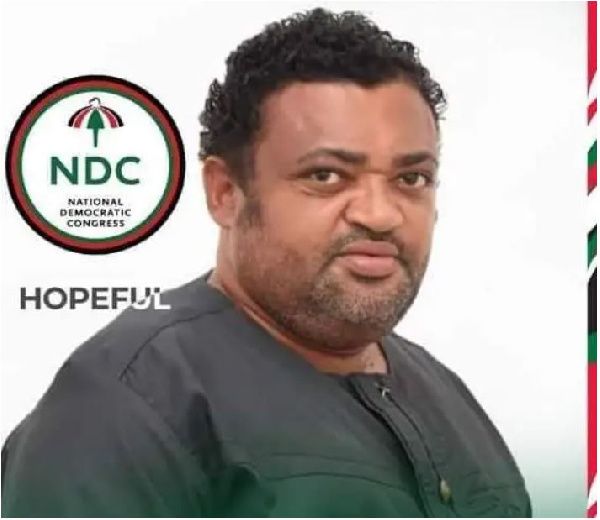 Flyers of Joseph Yammin’s bid to contest the National Organizer slot for the National Democratic Congress (NDC) are currently circulating on social media.

Flyers of the former Ashanti Regional Secretary of the NDC have since gone viral on social media suggests he’s ready to help build Ghana’s largest opposition party as they fight for power in 2021.

He confirmed days ago on Accra-based Power Fm that he is coming to breathe in a new life in the party that has deviated from its radical approach in dealing with issues as a result of the timid crop of leadership.

Mr. Yammin wants members of the party to apply the law of Moses of an ‘eye for an eye’ in order not for the NDC to take advantage of them.

On the flyer, however, Jospeh Yammin proves that he’s ready to battle as he focuses on the grassroots and the need for representation in executive portfolios.

His motto reads “Grassroots must lead”.

If Joseph Yammin should take up the challenge, he will be contesting for the position of Joshua Akamba who is currently the National Organizer of the NDC.

It is not certain on whether Joshua Akamba will contest for the National Organizer position when the party opens its nominations for party executive positions at the National level.