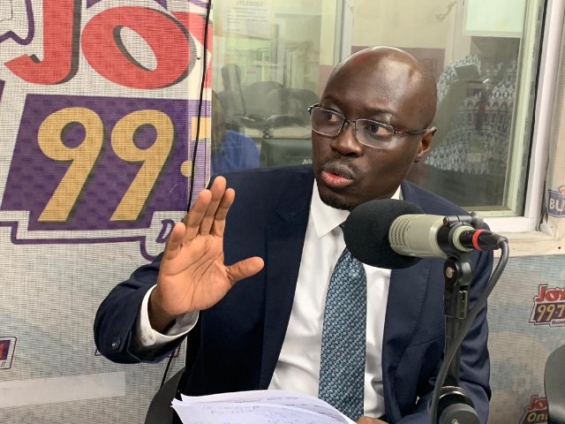 Delivering the 2022 budget on the floor of Parliament, the Finance Minister, Ken Ofori-Atta hinted at government’s plan to introduce an Electronic Transaction Levy or E-Levy to increase tax revenues for the country.

Addressing the media after the presentation of the budget, MP for Ajumako-Enyan Esiam, Cassiel Ato Forson assured Ghanaians that the Minority caucus will reject any tax introduced to worsen the hardships faced by Ghanaians.

“We are hearing that they are going to introduce electronic transaction levy which is going to affect mobile money transaction and bank transfers as well as remittances…We think this is not acceptable and we will advise ourselves when the time comes.

Again, we are seeing that they are going to introduce a special tax on mobile money, we have served notice through our Minority Leader that the Minority caucus of Ghana’s Parliament will stand by the ordinary Ghanaian in opposing the mobile money tax,” he said.

He added that the Minority will not accept any additional increment in fees and charges.

“Let me also say that we have seen a 15% increase in all government fees and charges and we think that it is a bit too much and that the government may need to think about it. These new tax measures will bring great suffering to Ghanaians who have already been choked with taxes.

The electronic transaction levy will not only worsen the hardships but will significantly compromise inward remittance which is relied upon heavily by many Ghanaians. We wish to vigorously assure the people of Ghana that we will oppose the killer taxes and we will ensure that any one of them that will affect the lifestyle of Ghanaians will be rejected,” Dr Forson explained.

Touching on budget allocation for the Office of the President, the Ranking Member on Finance Committee in Parliament noted that it will be rejected by the Minority caucus until the National Security Minister appears before the House to answer questions related to presidential travels with a private jet.

Let us serve this warning that we in the Minority insist that until the Minister responsible for National Security appears before us to answer the question relating to the President’s travels with a private jet, the Office of the President budget will not be approved by us (Minority),” he stressed.