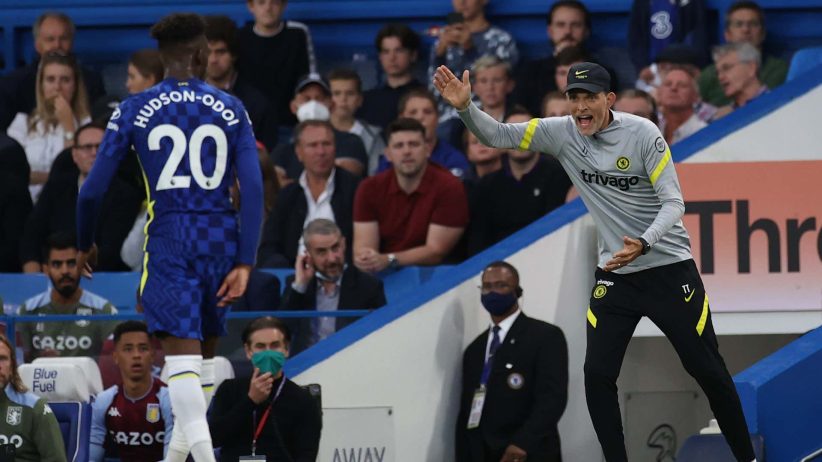 Ghana prospect Callum Hudson-Odoi has revealed he thought Chelsea manager Thomas Tuchel was joking when he asked him to switch to right wing-back.

Since joining the Blues at a tender age, the 21-year-old has been playing as a direct attacker. But after struggling to get a regular spot in the starting XI, the German asked him to change his position which, the player said, came as a shock.

“When the manager first came in and he told me to play wing-back, I was just a bit in shock, I thought it was a joke,” Hudson-Odoi told talkSPORT.

“Obviously, when I played there, it was different. It suited my game a little at that time and I think that he’s come in and he’s given the freedom and the instruction to the team of how he wants everyone to play and what he wants from the team to try to win games.

“He knows what he wants to win and so do we. So we are playing as hard as we can and to the best level we can to obviously win every game.”

Tuchel was appointed Chelsea manager at the beginning of the year, taking over from Frank Lampard who was struggling for consistency. The versatile attacker has further explained what the new manager brought in, at the same time insisting they are doing their best to meet set objectives.

“When he has come in, he has given us that extra motivation, extra courage and push to know that regardless, he is going to push us to our hardest level because he wants the best out of us,” Hudson-Odoi continued.

“It’s definitely a good thing to know that he is coming in with the motivation and determination to try to win games and win trophies.

“We are going to keep pushing until we reach our main goal.”

The Blues are currently top of the Premier League table with 26 points, and their next game will be away to Leicester City on Saturday.