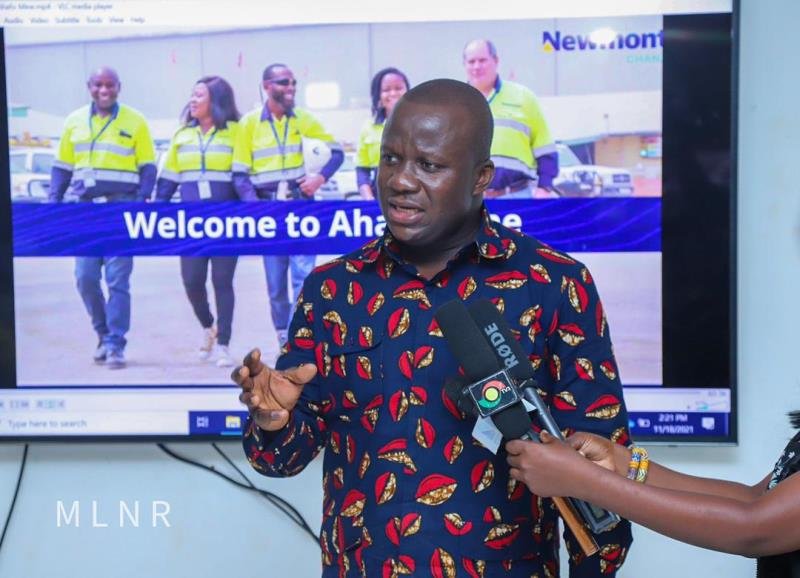 Mr Samuel Abu Jinapor, the Minister of Lands and Natural Resources, has asked Newmont Ghana Gold Ltd to reconstruct the five-kilometre Hwidiem- Kenyasi road, which leads to the mine, as a means of cementing its community relations efforts.

He said the contribution of the mining sector to national development could not be underestimated and called on the Board and Management to sustain the company’s corporate social responsibilities.

Mr Samuel Abu Jinapor said this when he visited the Ahafo South Mine of Newmont Gold Ltd at Kenyasi in the Asutifi South District of the Ahafo Region as part of his tour of the region.

He, however, commended the mining firm for some projects it had implemented in its operational areas and encouraged management to continue its principles of integrity and transparency to help complement government’s efforts to develop the entire country.

He called for an improvement in efforts in making Ghana the mining hub in Africa, not just in the production of gold but retaining the value-chain in the country.

“Whatever we can do as a government and for that matter as a Ministry to make sure that you have the conducive environment to thrive, we will do it,” Mr Jinapor said.

“It is our duty. We are obliged and I am not lost on that at all, the President’s instructions on that are very clear, that we do all we can to make Ghana the number one mining destination for conglomerates and big companies like Newmont to invest their money for the development of the country.”

Mr Kwame Addo Kufour, the Vice President, Government Relations and Strategic Development of the Company, announced that the Board of Directors had approved $800 million to establish a new mine site called “Ahafo North”.

It would, among other things, provide jobs for the youth in the community and enhance the Corporate Social Responsibility (CSR) opportunities, he said.

He, however, called for increased support from all stakeholders to ensure the success of their operations, especially with the setting up of the Ahafo North Mine.

Mr Okyere Yaw Ntrama, the General Manager of the Ahafo Mine, said the company had, so far, invested about 3.5 billion dollars into Ghana’s economy, paid 1.9 billion taxes and dividends to government and looked forward to doing more in the coming years.

As part of the CSR, he said the company had 45 percent of the indigenes of Ahafo working as permanent employees in various departments of the Mine.

It was poised to working together with government and all relevant stakeholders for the benefit of all, Mr Ntrama said, adding that closer partnerships would help improve development in the region and the country at large.

EL finally opens up on relationship with DopeNation