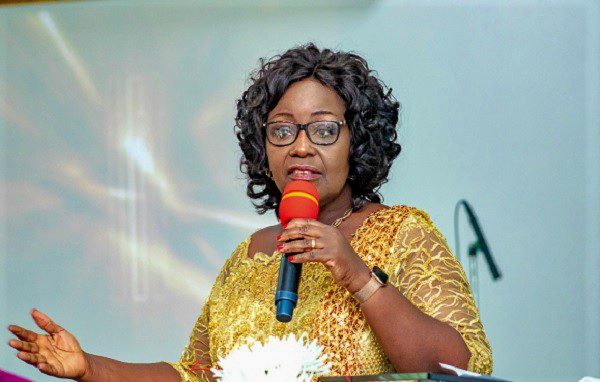 President of the Ghana Association of Bankers, Madam Patricia Sappor, has revealed that the value of mobile money transactions for the first four months of this year totaled ¢301.1billion whiles that of cheque transactions over the same period amounted to ¢68.3bn.

Madam Sappor said this when she was speaking during the 25th National Banking conference in Accra on the theme “the digital economy of Ghana the strategic role of the banking industry” on Thursday  November 18.

She said “The value of mobile money transactions for the first four months of this year totaled 301.1billion whiles that of cheque transaction over the same period amounted to 68.3bn.

“If the trend continues which I believe will, the total value of mobile money transactions will surpass cheque transactions by far more than 389bn  recorded for the whole year of 2020.”

Her comments come at a time the government has introduced tax on mobile money transaction in the budget statement for the 2022 fiscal year.

The Finance Minister Ken Ofori-Atta announced a new levy to be charged by government in 2022 on all electronic transactions to widen the tax net and rope in the informal sector.

Meanwhile, Energy Minister Dr Mathew Opoku has said a lot of education is required on the e-levy that has been introduced in the 2022 budget statement.

Speaking on the New Day show on TV3 he said the levy affect specific transactions, not all.

“The implementation is going to come with education, not everything that is affected. For example less than hundred cedis transaction is not affected. There is a lot of education that needs to be done,” the Manhyia South MP told TV3’s Johnnie Hughes on Thursday November 18.