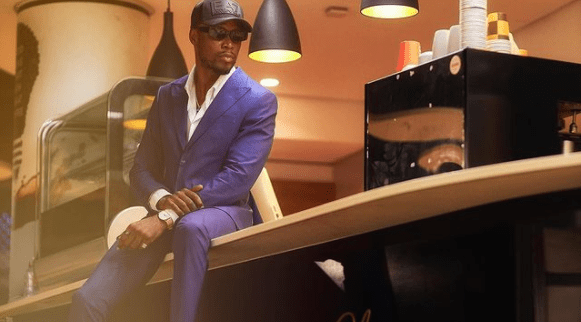 Ghanaian musician EL does not believe in gathering plaques at highly publicised events. He revealed that his expectations are not to win awards but rather to focus more on how to get his music to cross international borders.

In an interview with Berla Mundi on the TV3 NewDay show, EL disclosed a rather unconventional perception towards industry awards.

Although musicians can do their careers a lot of good by submitting their music for nominations and awards, EL wants no part of it as he reveals that he has been asked to apply for various award schemes and has declined the offer.

He explained that “I don’t see myself in that light. For me, my music is more than that. I want to do bigger and better things”.

The ‘Koko’ hitmaker stated that his style of music and craft is way higher than what is being done here. And it is prudent his music crosses international borders to gain massive international recognition.

“I think what I do is a little bigger than what we have going on here. So me being here is a little stifling sometimes,” he said.

Speaking on comparison in the music space, he said he avoids comparing artistes because he believes everyone is gifted in their own special.

However, he added that the music industry is very competitive. And most often, people engage in the comparison game to keep others on their feet. As well as encourage other musicians and artistes.

“I stay away from the comparison in the media space because I believe everyone is gifted in their own special way. The music industry is a very competitive business, and it is always encouraging. Because if you don’t perform, you fall back.”

Explaining from a humanitarian perspective, Elom added that society frames our minds and conditions humans to behave in different types of ways. Adding that “a lot of social conditioning through social-cultural beliefs and practices makes us clash in certain actions that we do.”

Some musicians and artistes may be offended and feel uncomfortable with comparison to others. But some would also use that feedback to either step up or be encouraged.

EL is currently promoting his new 15 track album, ‘BAR 6’, which will precede a concert on December 18 this year.

Venture Into Own Businesses – Dr Bawumia To Graduates