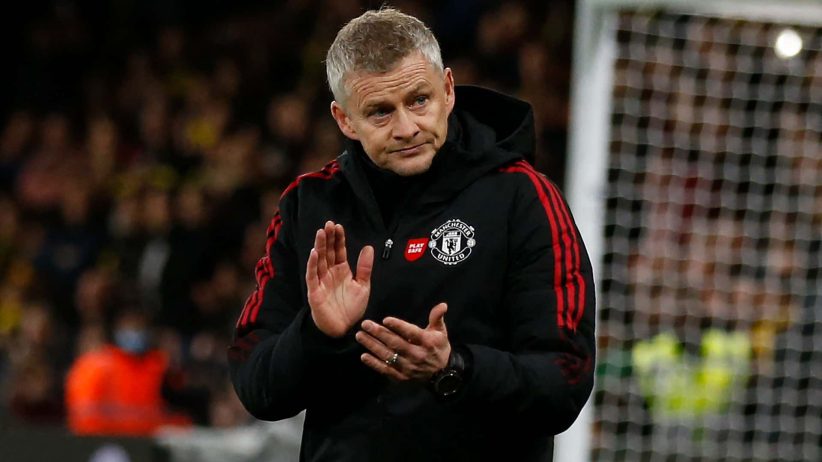 Confused tactics, misguided selections and bemusing team talks all led to the Red Devils legend being dismissed from his duties

Ole Gunnar Solskjaer managing Manchester United was only ever supposed to be a temporary measure.

He was the club hero brought in to repair the damage done by Jose Mourinho; to boost morale, get the team back on track and bring about a cultural reboot.

To that end, he succeeded.

But having been handed the reins on a permanent basis, he was suddenly tasked with returning the Red Devils back to the top of the English and European game.

Such a task has proven elusive for elite managers in the years since Sir Alex Ferguson retired, and so it was for someone of Solskjaer’s lesser coaching capabilities too.

With United sitting 12 points off Premier League leaders Chelsea after just 12 games played following another humiliating defeat against Watford on Saturday, the board’s hands were forced, and Solskjaer dismissed.

But how did it get to this?

It all started unravelling for Solskjaer after the 4-2 defeat at the hands of Leicester City on October 16.

Despite talks of a ‘crisis’ following United’s slow start to the season, there was real belief during the October international break that they could turn it around. But following their humbling at the King Power Stadium, players began to question whether the team were on the right path.

Senior members of the squad began to question Solskjaer’s tactics while there was confusion as to why club captain Harry Maguire – who was at fault for at least one Leicester goal – had been picked to start, despite not being fully fit having been rushed back from injury.

It is not the first time Solskjaer’s decisions have left players bemused, either.

GOAL understands that during pre-season, United worked on a more attacking 4-4-2 diamond formation, as well as a 4-3-3 system, both of which gave hope of more minutes to fringe players such as Donny van de Beek and Jesse Lingard.

Solskjaer outlined with those players what his expectation would be in terms of their playing time over the season, only to then revert to his comfort blanket of 4-2-3-1, leaving those players who thought they could be in with a chance of forcing their way into the starting XI back on the bench.

Solskjaer is a nice guy. He is the sort of man who said goodbye to every member of staff at Old Trafford as he left, and stopped for selfies and autographs with fans even when the result had been terrible.

But that did him more harm than good in some ways, as it became clear that he did not like having the difficult conversations.

GOAL has learned that players were not given explanations as to why they were being left out of the team, and Solskjaer found it difficult to make hard calls on big decisions.

The final call on one player receiving treatment for an injury problem, for example, was left to director of football negotiations, Matt Judge, while there was a lack of communication between Solskjaer and the board over his plans for the summer and who would be free to leave the club on loan.

He had not even made a decision on who was going to be his number one goalkeeper when the team reported back for pre-season, with Dean Henderson’s struggles in recovering from Covid-19 eventually deciding it for him.

Then there was the issue with the coaching standards, and concern from some players over a lack of ‘edge’ in sessions.

Solskjaer also regularly spoke of the United way, but what was his way? Even after three years in charge, it was hard to identify what his style of play was.

Despite those concerns, the Norwegian retained the support of the majority of his players up until his final few weeks in charge. He remained well liked by the group, but after that defeat to Leicester, things slowly started to unravel inside the dressing room.

Doubts had started to creep in, and the now-infamous 5-0 hammering at home to Liverpool unsurprisingly increased those concerns. Sources say that the players were left unimpressed with Solskjaer’s half-time message with United already 4-0 down, as his team talk spoke of merely ‘keeping a clean sheet in the second half’.

It was at that stage the board started to consider alternatives. Solskjaer’s credit in the bank for what he had done in the past three years and their position in the Champions League, however, bought him more time, and in the end Joel Glazer and Ed Woodward decided not to act. Antonio Conte was available, but United’s chiefs chose against making a move.

There was belief that a show of unity and putting up a fight would help them navigate their way out of the mess. Questions for broadcasters were pre-approved and monitored more than usual, as ‘safe pair of hands’ Maguire was regularly put up in front of cameras and reporters. There were to be, though, no controversial questions asked about the manager.

A tweet by Paul Pogba criticising a “fake” news story regarding his future was also shared by the club’s official account in the belief that they needed to create a siege mentality like the Manchester United of old to get them back on track.

Then came the defeat to Manchester City. The feeling among some senior players after that 2-0 loss was one of bemusement at how badly they had performed. There was confusion over the tactics and the game plan, as well as annoyance from some that Solskjaer’s ‘favourites’ would never be dropped.

Sources say that Cristiano Ronaldo was so furious with the result that he was in his car less than 10 minutes after the final whistle.

The lack of structure, identity and plan was costing United week in, week out, and the dismal showing at Vicarage Road on Saturday confirmed that there was no way back. An emergency meeting on Saturday night between Joel Glazer and Woodward set the wheels in motion for the sacking; a decision that should have been made weeks ago.

Inside the club, Solskjaer will be fondly remembered for all that he did in the healing process after Jose Mourinho’s reign, while on the pitch he did get the team to second place in the league and a Europa League final. But mounting a serious title challenge, even with over £450 million ($605m) spent on transfers, always looked beyond him.

The belief is that Solskjaer has left Manchester United in a far better place than when he took over, but the interim manager that replaces him faces a huge task in getting the team back on track this season.

They are, once more, in a mess of their own making.

Drugs worth GH¢45,437 purchased for the Police Hospital were expired – A-G

Commercial drivers major cause of road crashes in Central Region