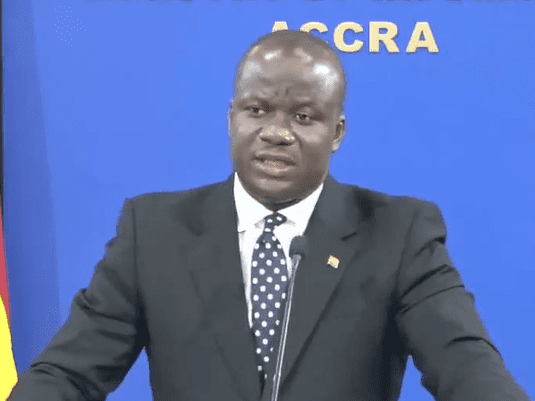 The Minister of Lands and Natural Resources, Samuel Abu Jinapor has indicated that his outfit engages in other activities in the mining sector aside from combating illegal mining, popularly known as ‘galamsey’.

While admitting that the fight against ‘galamsey’ is one of the most crucial issues, Mr. Jinapor told journalists on Tuesday that focus has also been placed on ensuring that Ghana retains its position as the number one producer of gold in Africa.

“The impression is created that mining is all about ‘galamsey’ or the only issue we deal with in the mining sector has to do with ‘galamsey’. Yes, ‘galamsey’ is a very important and consequential matter. It has far-reaching effects on the forward march of our country. But there is a lot more we do than dealing with ‘galamsey’.

We work with the Ghana Chamber of Mines and seek to create a conducive environment to keep Ghana as the number one producer of gold in Africa and the sixth producer in the world,” he stated.

According to him, the withholding tax of 3 per cent gold producers pay when exporting, has been reduced because it encouraged smuggling and was a disincentive for the mining sector.

Currently, gold producers will have to pay withholding tax of 1.5 per cent on all unprocessed gold at the point of production.

“I think this is significant and it’s going to contribute tremendously to the growth of the small scale mining sector,” the Lands Minister added.

However, Mr. Jinapor insists that “there are still challenges on a daily basis. There is a good deal of work we still have to do to come to a satisfactory situation.”

The Chief Executive Officer of the Minerals Commission, Martin Ayisi, explained that the Commission does not grant license but regulates the mining sector.

“The person who has the sole mandate and authority to grant mineral license is the Minister responsible for Lands and Natural Resources,” he indicated.

Mr Ayisi revealed that the Commission as of November 1, this year, has abolished paper-based application, “we no longer accept application with hard copies. You have to go online. It has been very phenomenal and cooperation has been wonderful.”

He indicated that the Commission has upgraded its IT infrastructure to support the online process at both Regional and District Offices, as well as configured its system to accept payment via mobile money.

According to the Commission’s CEO, his outfit has hired more inspectors to strengthen monitoring and inspection.

To facilitate their work, operational vehicles have been procured. Also, about 10 blast monitors have been provided for these inspectors.

NSMQ: Keta SHTS is first school from Volta Region to make it to the final